When I was 20 years old, I built a 1972 Maverick “World of Wheels” car that my friends affectionately named the “Million Dollar Maverick”. You can probably guess that I spent quite a bit of money on that car – not a million dollars, but a considerable amount for a 20-year-old body man. As life goes, and you’ve more than likely heard many times from others’, I sold the car.   I searched for many years later to find the car but was unsuccessful. 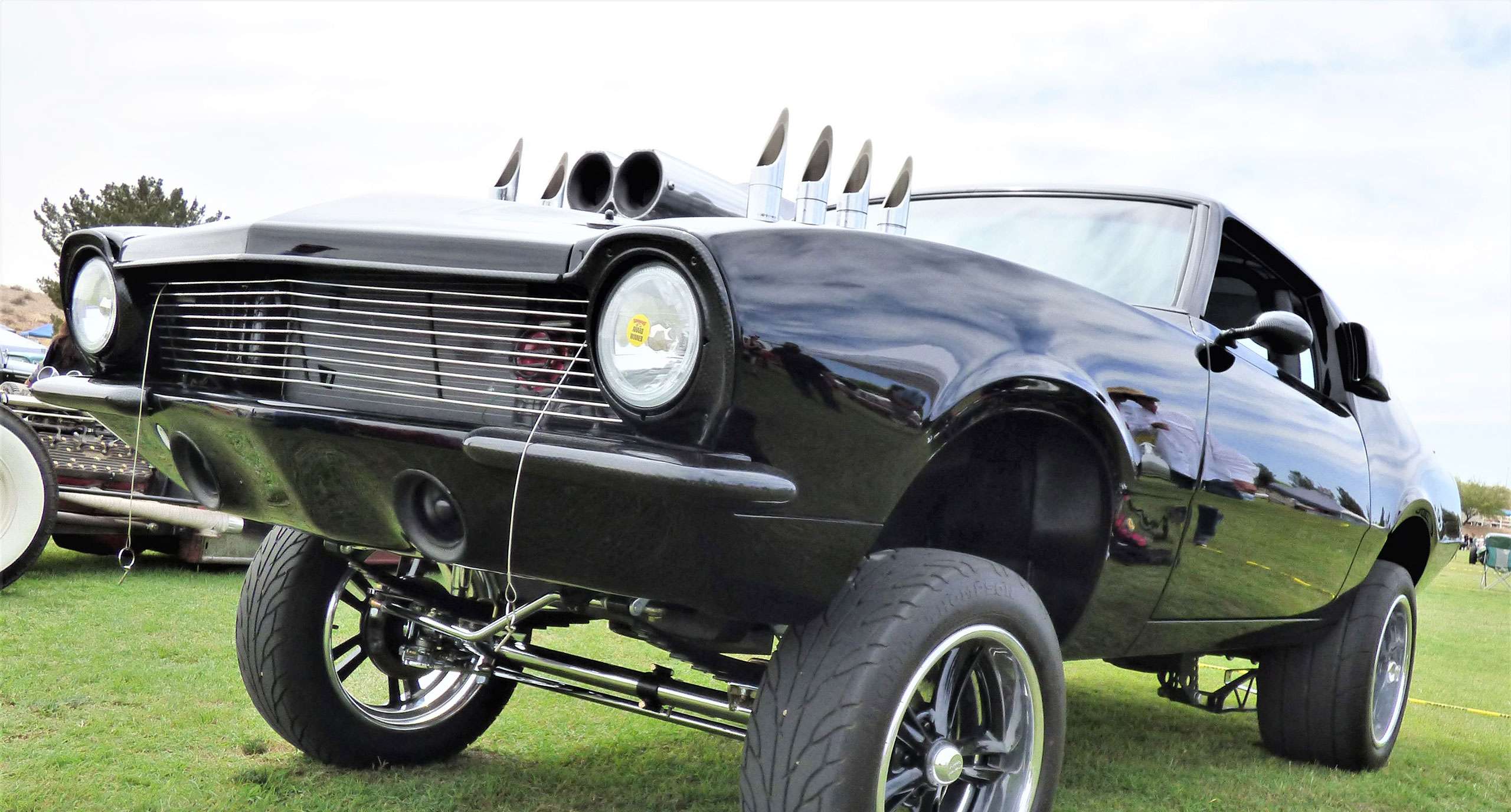 Over the years in the back of my mind, I always wanted to build another Maverick. About 14 years ago I started searching for a car. My cousin Tom, living in Oklahoma told me he found a Maverick in Texas.   I got on the phone and made the deal with the owner. When the car arrived – you guessed it – not in the shape I anticipated. So, the search continued and several months later I found another car in Arizona, went to look at it myself this time and bought car #2.

Now I finally had a body to start with, and all kinds of ideas are swirling around in my head, on how I want to build it. Should I build a tribute car to my original Maverick or maybe a low to the ground Pro Street car? I decided on the Pro Street car. I researched, ordered parts, and started on the body work. As time went on, I began to think that maybe this isn’t the way to go with this car. Something told me to get back on the Internet for ideas. Hours of research later the idea for the “The Reeeper” solidified in my head.

This car needs to be a Gasser – a Big Block, jacked up throwback to the 70s Drag Races. The game plan was changed, and new modifications were done. The Rear End was narrowed, and the car was Mini Tubbed to fit American Racing Wheels and Micky Thompson Tires. The door handles were shaved, and the rear Quarter Windows were removed which now house Shelby Scoops in their place. Custom split Camaro Front Bumpers and a custom Rear Bumper were created. The Door Glass was removed, the Drip Rails were shaved, and the Window Channel welded closed. A custom sequential Tail Light Panel gives a nod to the 68 Shelby Mustang and there is a splattering of Carbon Fiber accents. I found a Chevy 572 Motor and Turbo 400 Automatic Transmission with Stall Converter. Custom Zoomie Style Headers were fabricated and installed. A custom Roll Cage was also installed. It sits on a chrome plated Front Straight Axle with stock Vintage Lakewood Ladder Bars in the Rear and Wilwood Brakes. The Dash was welded up solid, and a set of aircraft style Classic Instrument Gauges went into a custom-made Console. The Interior was finished off with Black and Camel leather seats, along with a small back seat that has just enough room to fit the Grandson, Mark III.

It took about 7 years working on and off as time allowed and it was finally completed. As my wife Robbie, and I drive around town we hope it will bring a little fun into peoples’ day and keep that spark alive in the next generation to build COOL CARS and share them with others.

This past April 2021 at the GOODGUYS ‘11th Fitech Fuel Injection Spring Nationals’, in Scottsdale, AZ. Our “The Reeeper” Maverick, won the prestigious GOODGUYS Award for “HOTTEST HOT ROD“ 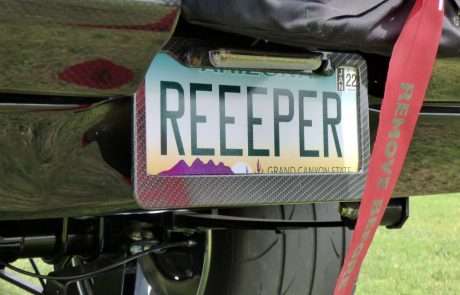 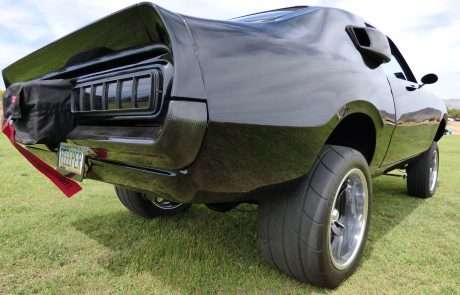 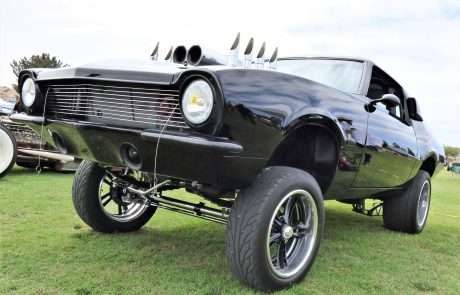 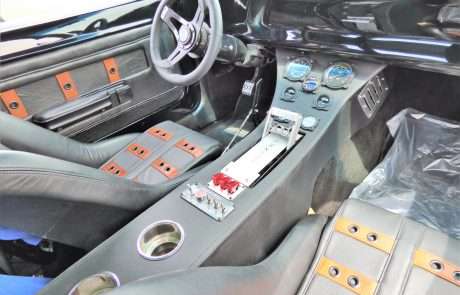 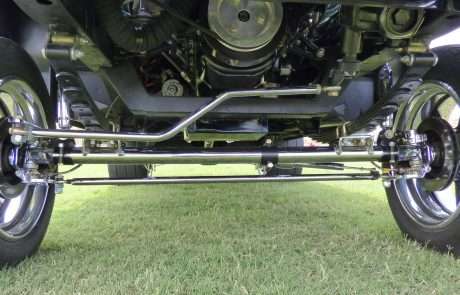 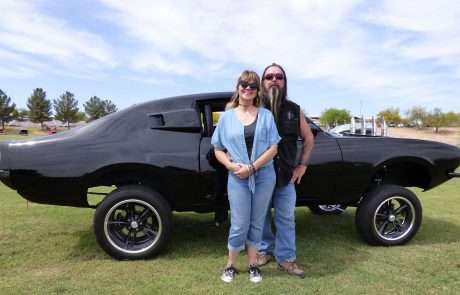 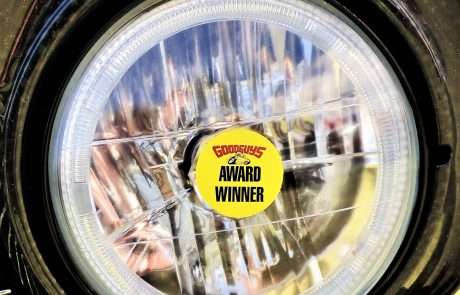 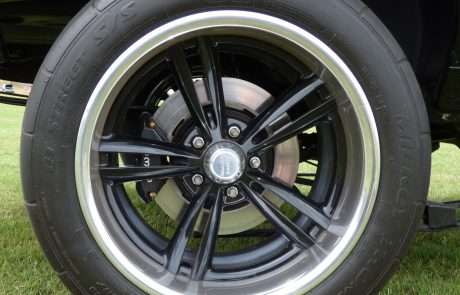 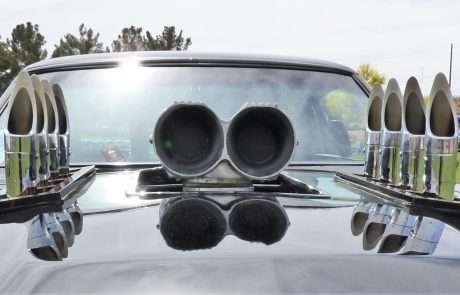 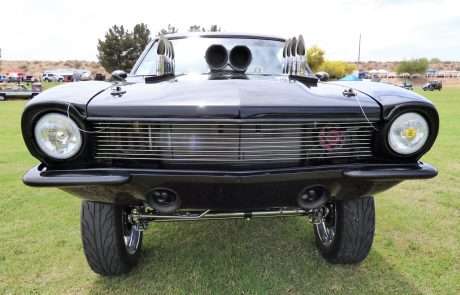 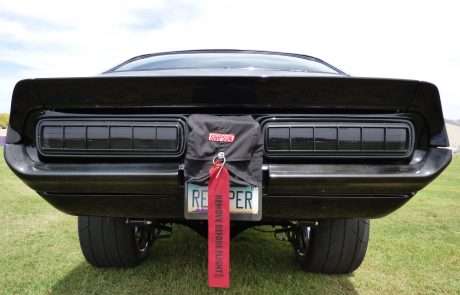 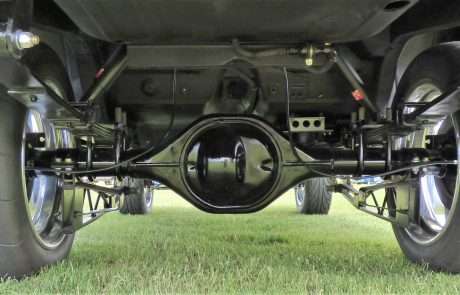 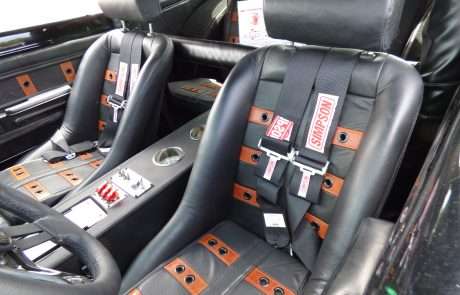 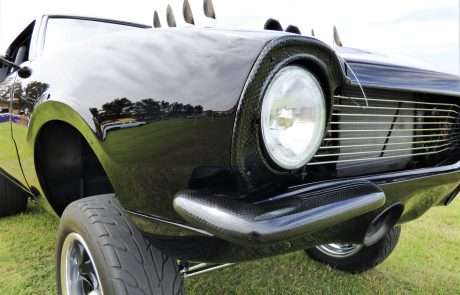 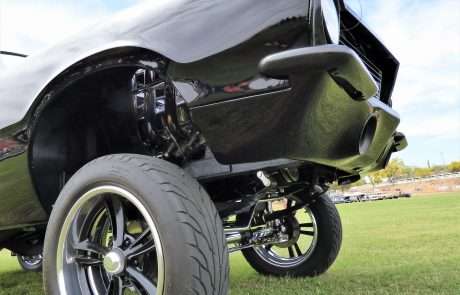 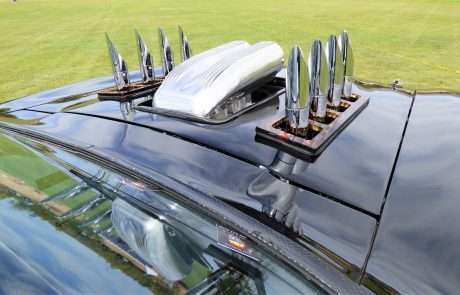 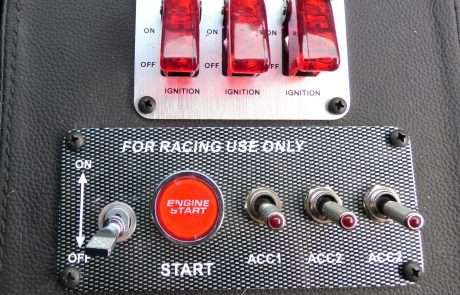 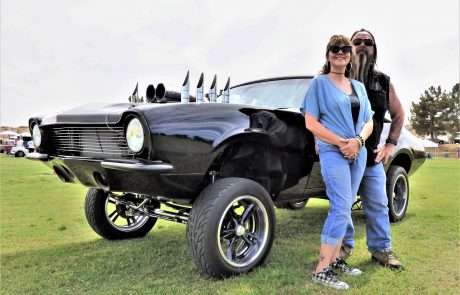 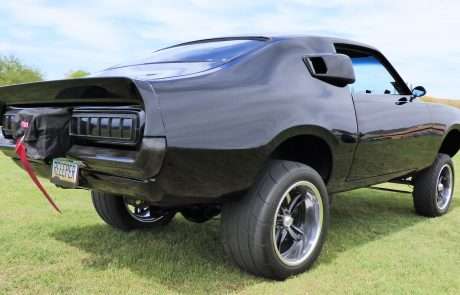 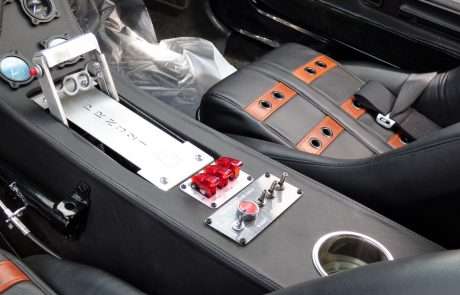 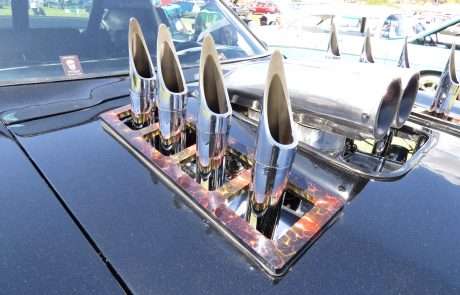