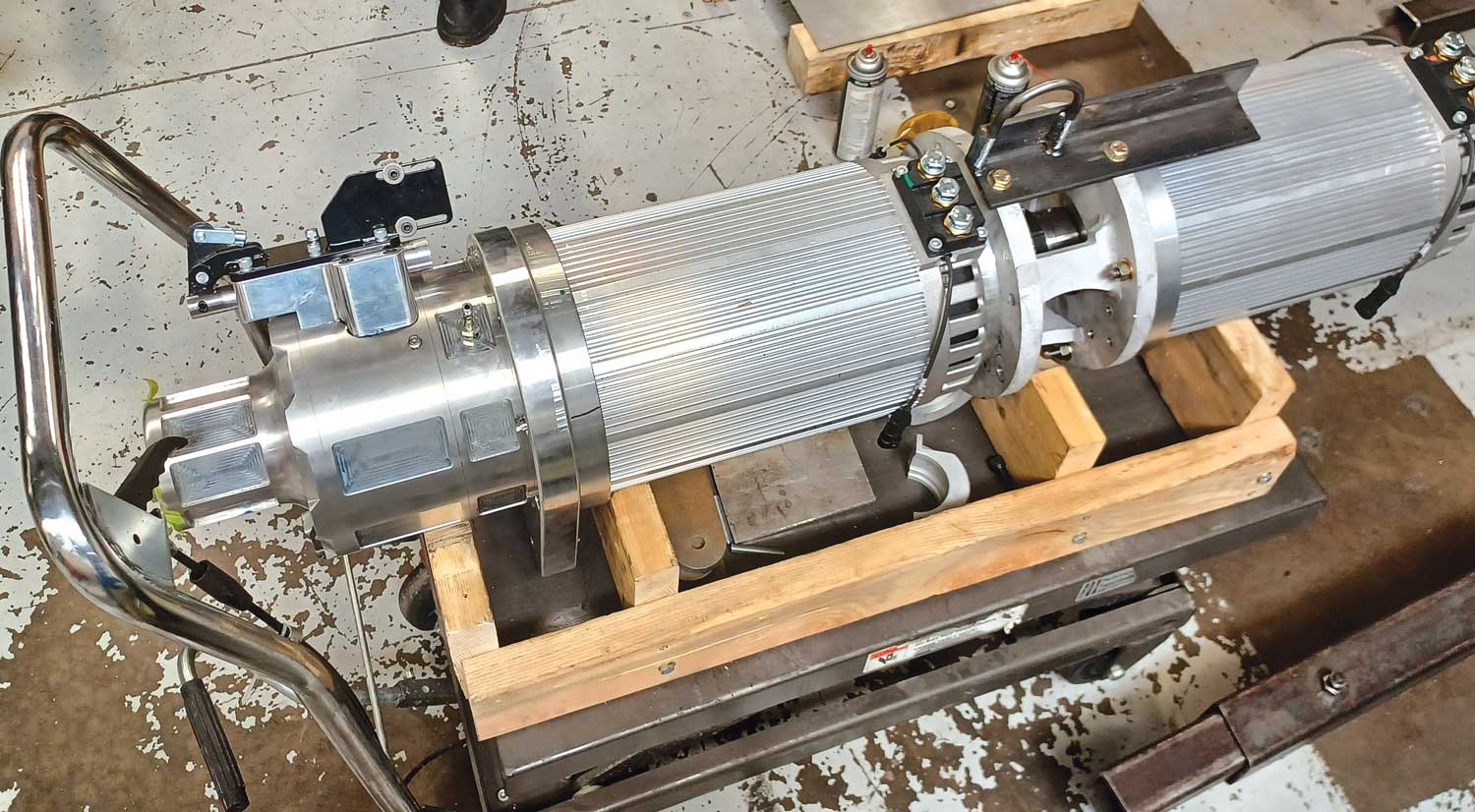 Something very interesting happened when l was out doing a photo shoot at Vintage Iron & Restoration in Scottsdale. This shop has done countless full custom builds over the last few decades. The builds have included concourse-quality award winners, back to original restorations, full custom Restomods and partial restorations and tons and tons of mechanical repairs and upgrades. On this visit shop owner Mark was working on a 1972 Chevrolet El Camino. At first glance, l could see that the Elky had been completely disassembled and was just the body on frame, which was really nothing out of the norm. When l asked Mark what they were doing with it, l expected to hear that it was in the process of a full restoration and maybe it would be getting an LS engine and modern AOD transmission. When Mark started talking, l could tell this vehicle was something different and very special. Mark wanted to build an electric powered vehicle and instead of using a small car like an old BMW or some other foreign make, he wanted to build a more traditional American Muscle Car and the ‘72 El Camino fit the bill.

Mark explained that it took many months of research and special education to prepare for this build. He spent countless hours at Legacy – EV in Tempe Arizona to learn and eventually become EV Certified. They sell just about anything you’d need for building an electric vehicle, including the special batteries, but they don’t build vehicles. Because this Elky will be a Muscle Car, it needed to have some power. When l asked Mark how much horsepower it would have, he said electric vehicles are based on torque. One of the Legacy – EV electric motors produces over 340 foot pounds of torque. Pretty good but Mark wanted more, so his Elky will have two electric motors linked together, producing 690 foot pounds of torque. I’m pretty sure you could do some serious tire-shredding with that kind of torque. I’m excited to see how this special car/truck moves forward in the build.

I’m also excited about my trip in early August to Reno/Sparks to cover the Hot August Nights event and the MAG Collector Car Auction being held at the Reno/ Sparks Convention Center. My cousin Ed publishes the Roddin’ & Racin’ Northwest newspaper and he’ll be there two. It’s only late June and I’m already getting excited about the trip.