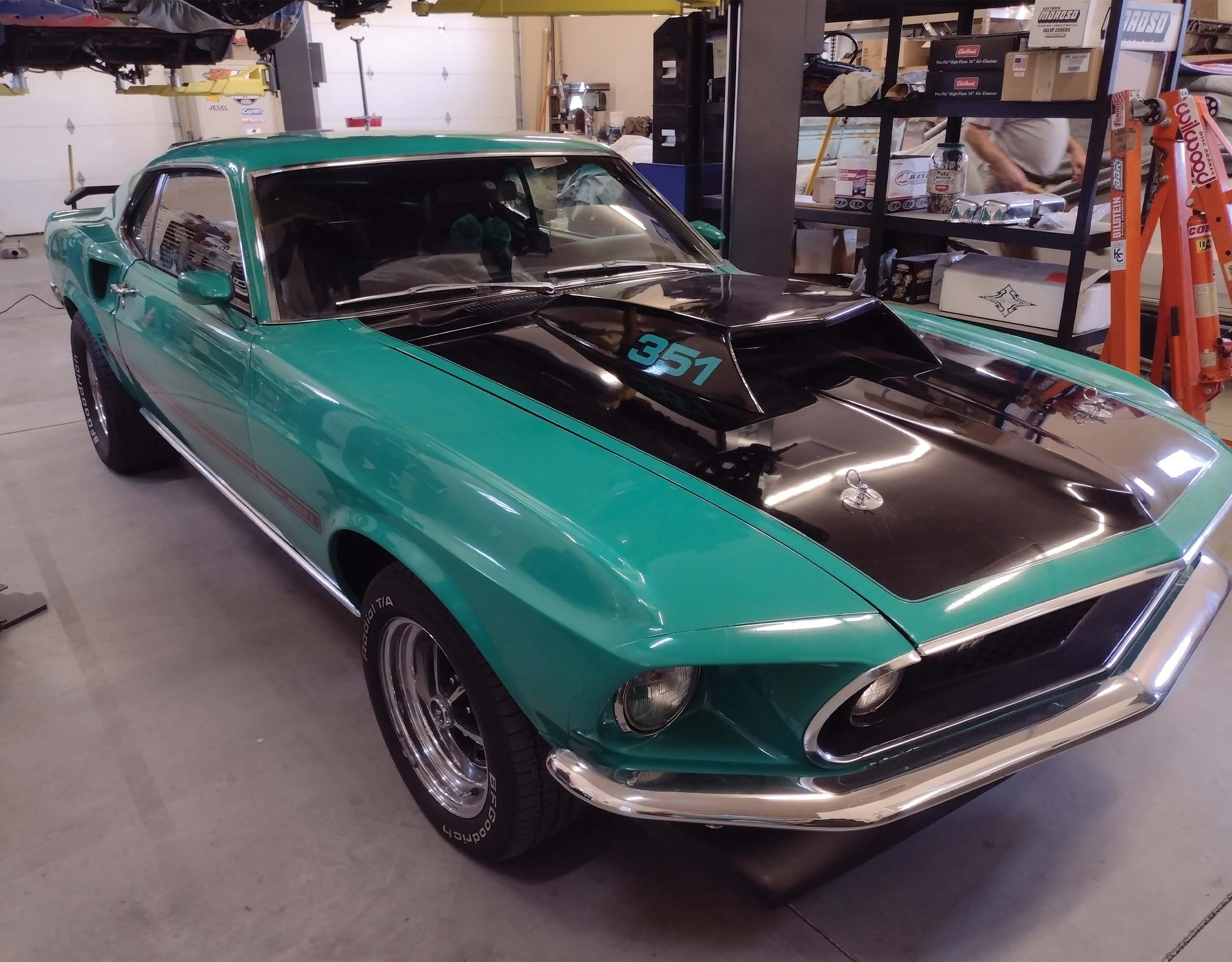 Progress continues on a very unique in-house custom “sleeper” build. It’s an old gramma car 1965 Plymouth Fury III four-door. It has some rust here and there including some serious holes in the floor that the shop will fully repair. It also has its original 1965 factory paint job with lots of 65-year-old patina, that the owner said “DON’T TOUCH IT” Inside those four doors will be a new fresh interior and carpet. These cars have a removable front sub-frame that’s being fully rebuilt & restored. The engine that will soon be fitted to that sub-frame will be an in-house built 408 cubic inch stroker small block Mopar V-8 with over 400HP. A fully rebuilt Torqueflight 727 three speed automatic transmission will send that power to the fully rebuilt 83/4 Plymouth rear end. Arizona Differential Specialists did the blueprint rebuild, which includes Moser axles, Spicer U-joints & a Moser yoke. A Cal-Tracs drag race rear suspension upgrade will help get the power to the pavement. Wilwood disc brakes on all four corners will handle the stopping. A beautiful ‘69 Mustang MACH I with a revved-up 351 Cleveland V-8, will be converted to a single belt serpentine front pulley system. It will also be fitted with a completely new Classic Auto Air A/C system. Just in the beginning stages of a complete custom build is a 1969 Mustang with a 428 V-8 engine. It will also be converted to a Tremec 5 speed transmission. We’ll have more as it moves through the build. A great-looking ‘72 Chevy Suburban will be getting some serious suspension repairs and upgrades to its existing air-bag suspension that was installed by another shop. The big Chevy will also get a new Blueprint Engines built 355cid small block V-8. A new front-runner serpentine belt system and a Vintage Air A/C system will also be installed. These are nice examples of the type of work you can have done at California Muscle Cars in North Phoenix. Call them at 480-770-9226. Please mention Roddin’ & Racin’ when you call. 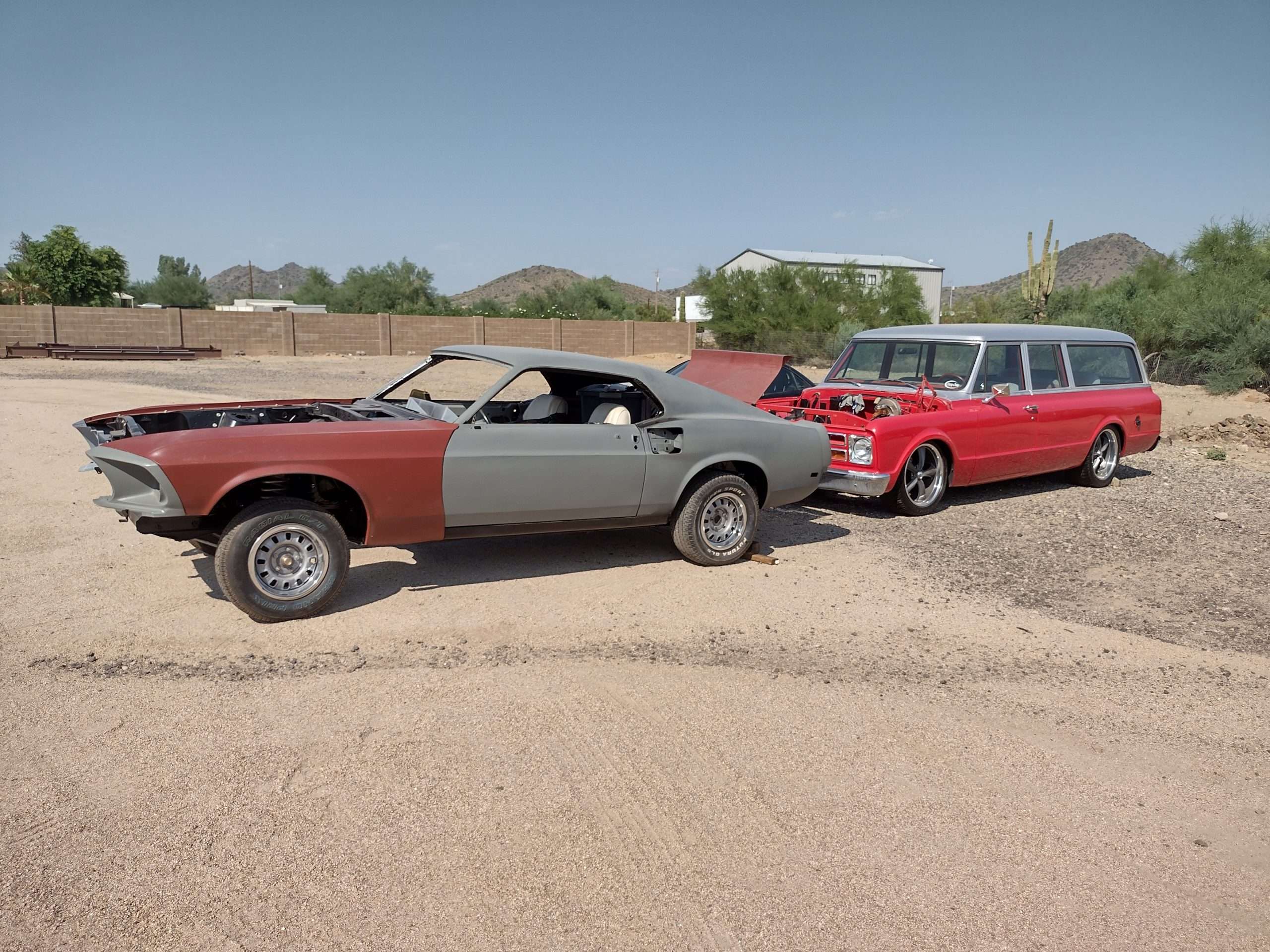 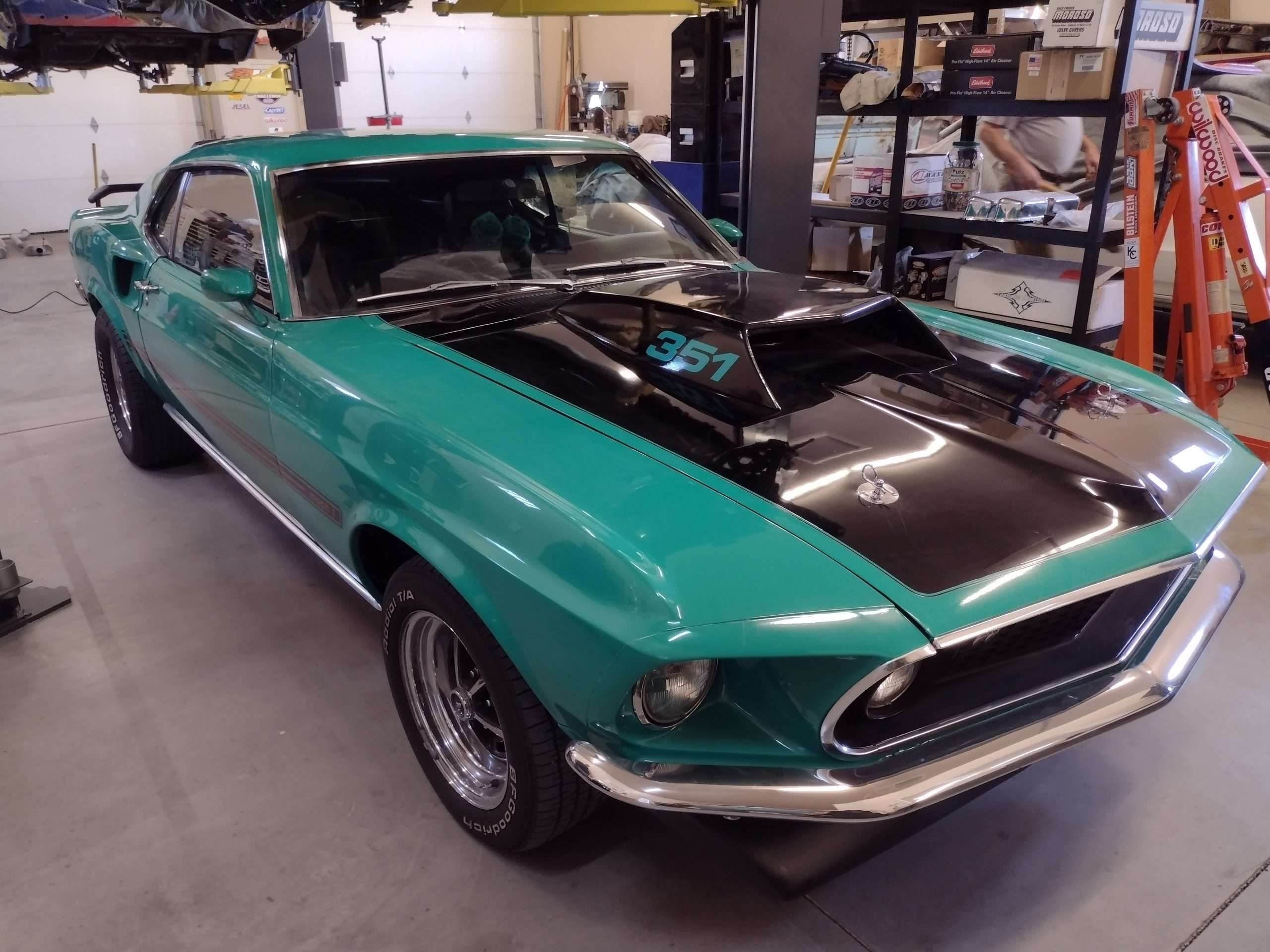 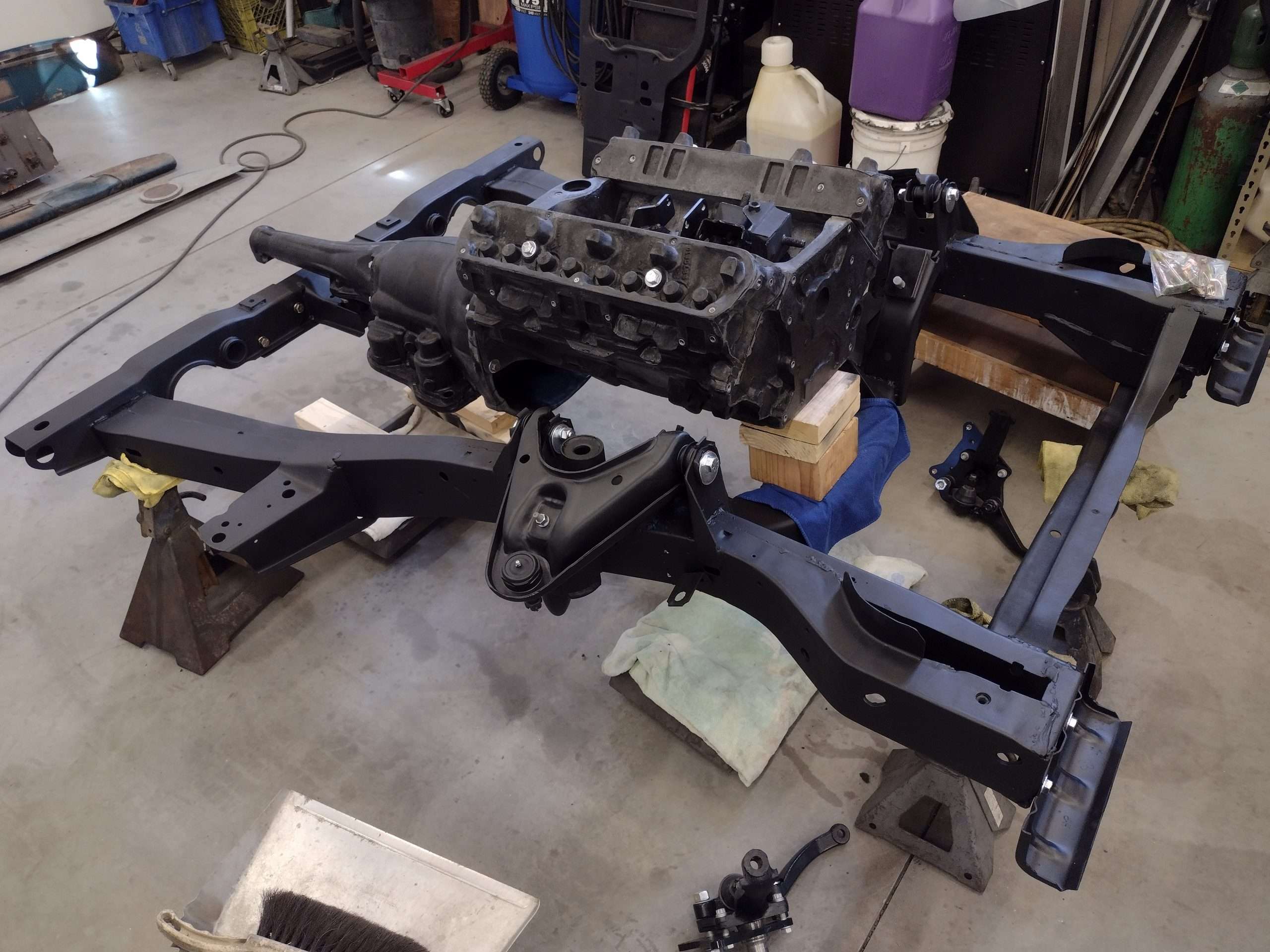 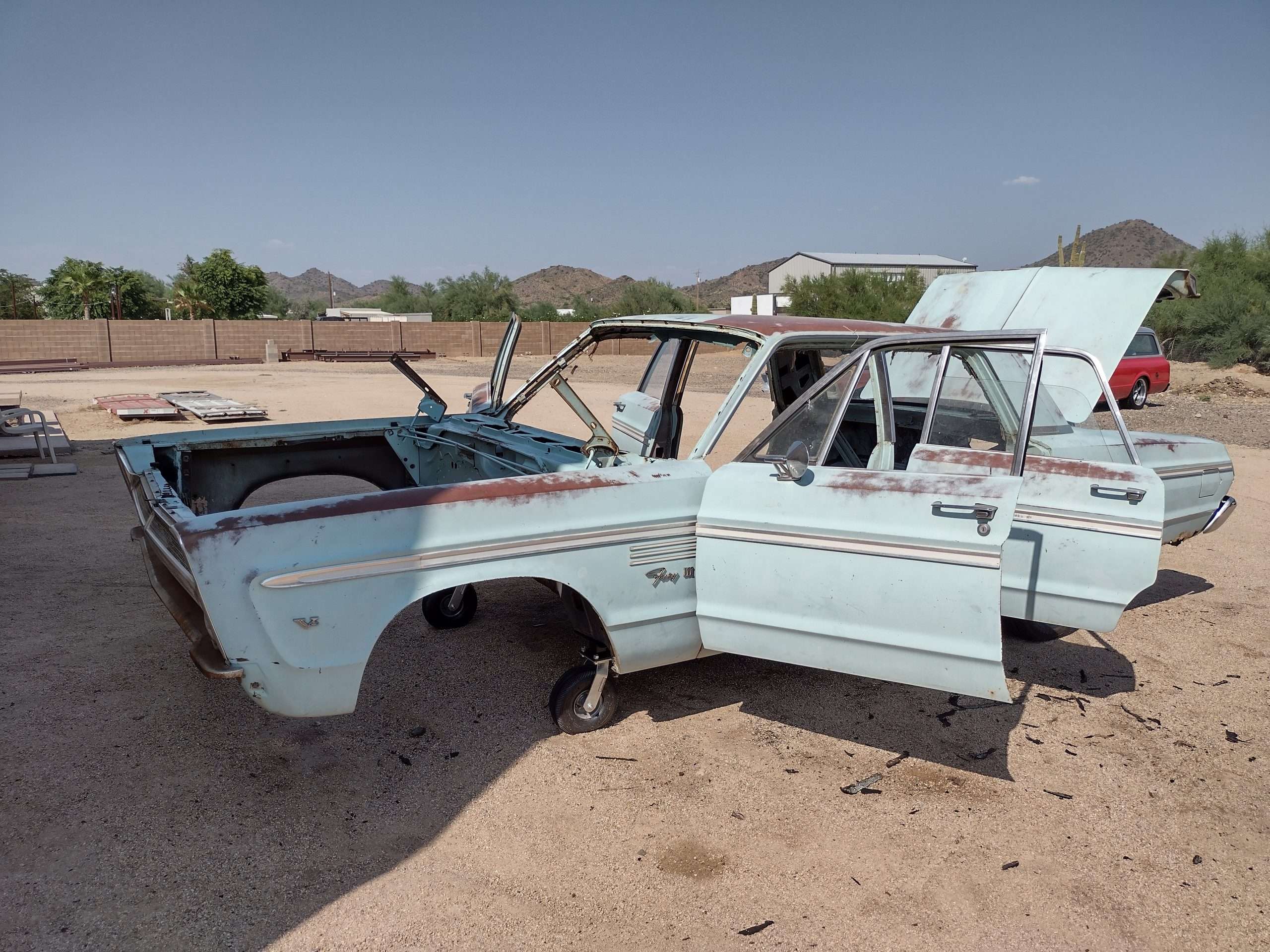 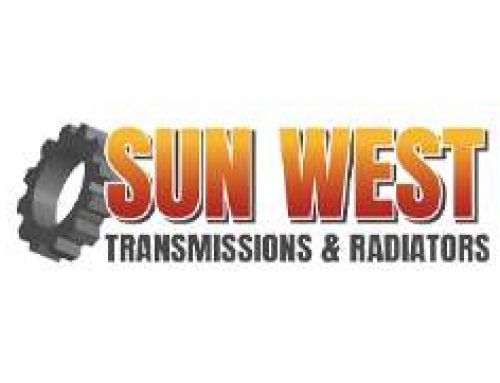 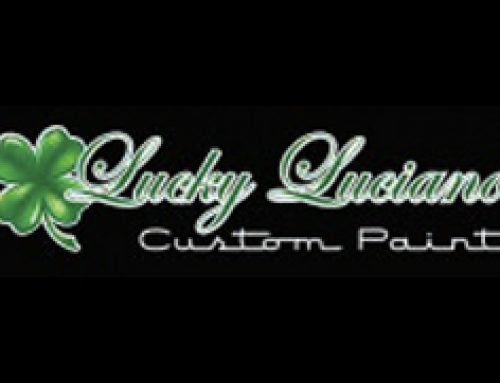 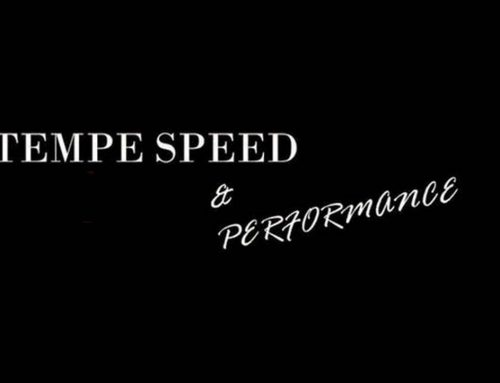 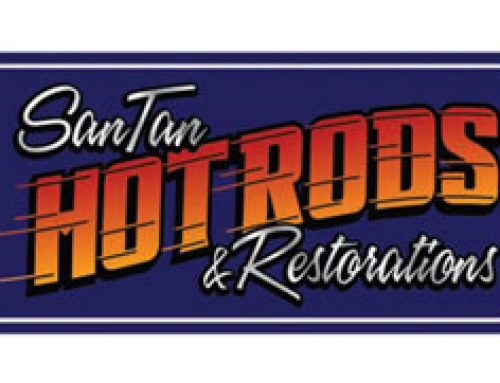