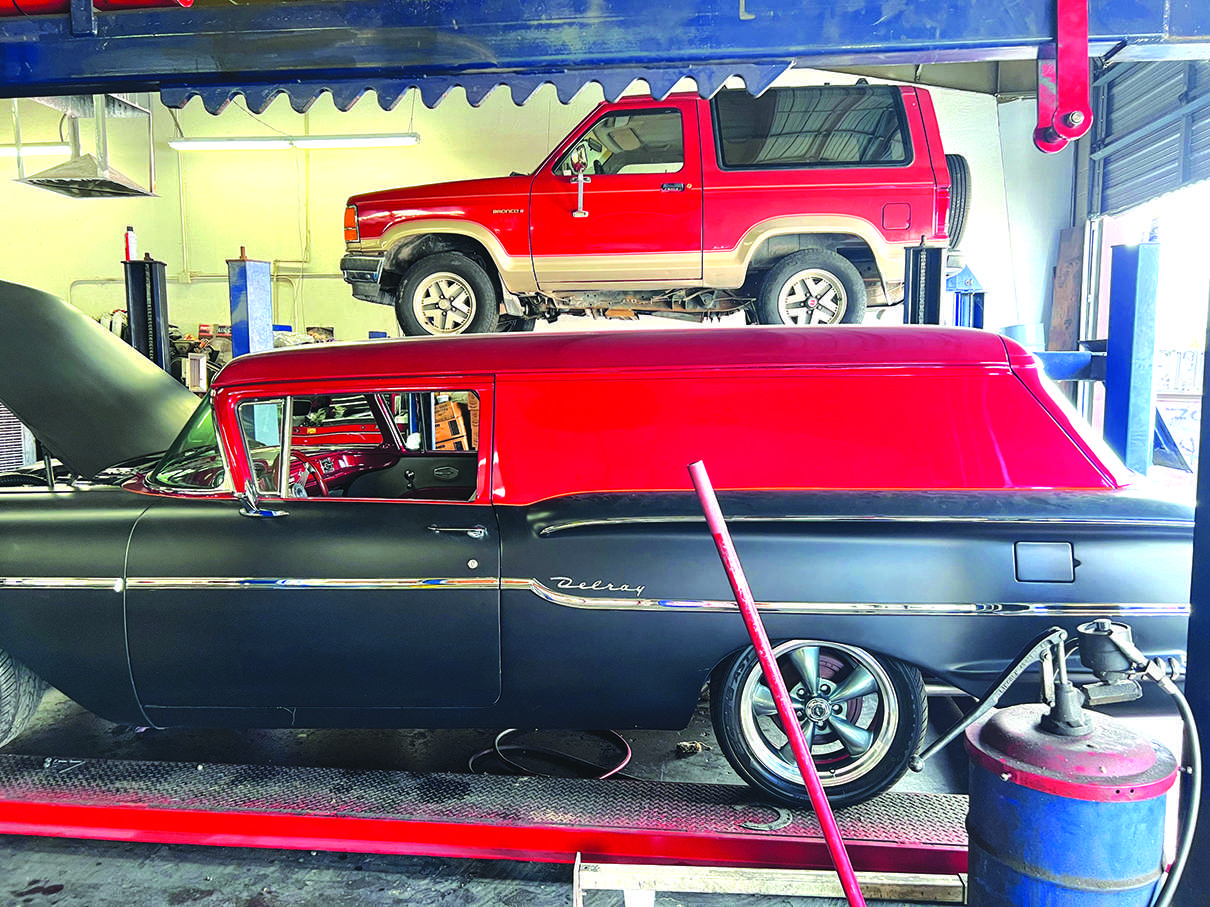 The Ken’s Transmission shop at 2630 E. Bell Rd. (three blocks east from Cave Creek Rd.) is closing in on 40 years in business. That’s pretty amazing for any business, but especially for a single transmission shop. One big reason for that success, is that they still know how to diagnose, repair and rebuild the older transmissions, even ones going back more than 40 years ago. Of course, diagnosing, repairing or rebuilding all of the modern sophisticated transmissions is a daily activity at Ken’s Transmission. Shown here are recent examples of the older vehicles that they specialize in and one of the modern ones too. The black station wagon is a 1958 Chevrolet Delray, that at some point in its 64 year life it was upgraded with a GM Turbo 350 three speed automatic transmission. That transmission is being fully rebuilt and a new torque converter is also on tap. In the background is an early 1990’s Ford Bronco ll also in the shop for transmission service. The other older car is an awesome-looking 1970 Ford Mustang, that had also been upgraded with a more modern automatic overdrive transmission (AOD) not available in 1970. Its current AOD transmission is being fully rebuilt and of course, it gets a new torque converter. The modern big Chevy box van is getting a rebuild of its heavy duty 4L80E electronically controlled transmission. Like l said these are nice examples of the old and new transmission work that you can have done at Ken’s Transmission in Phoenix. Call them at 602-867-3354. Please mention Roddin’ & Racin’ when you call or stop by. 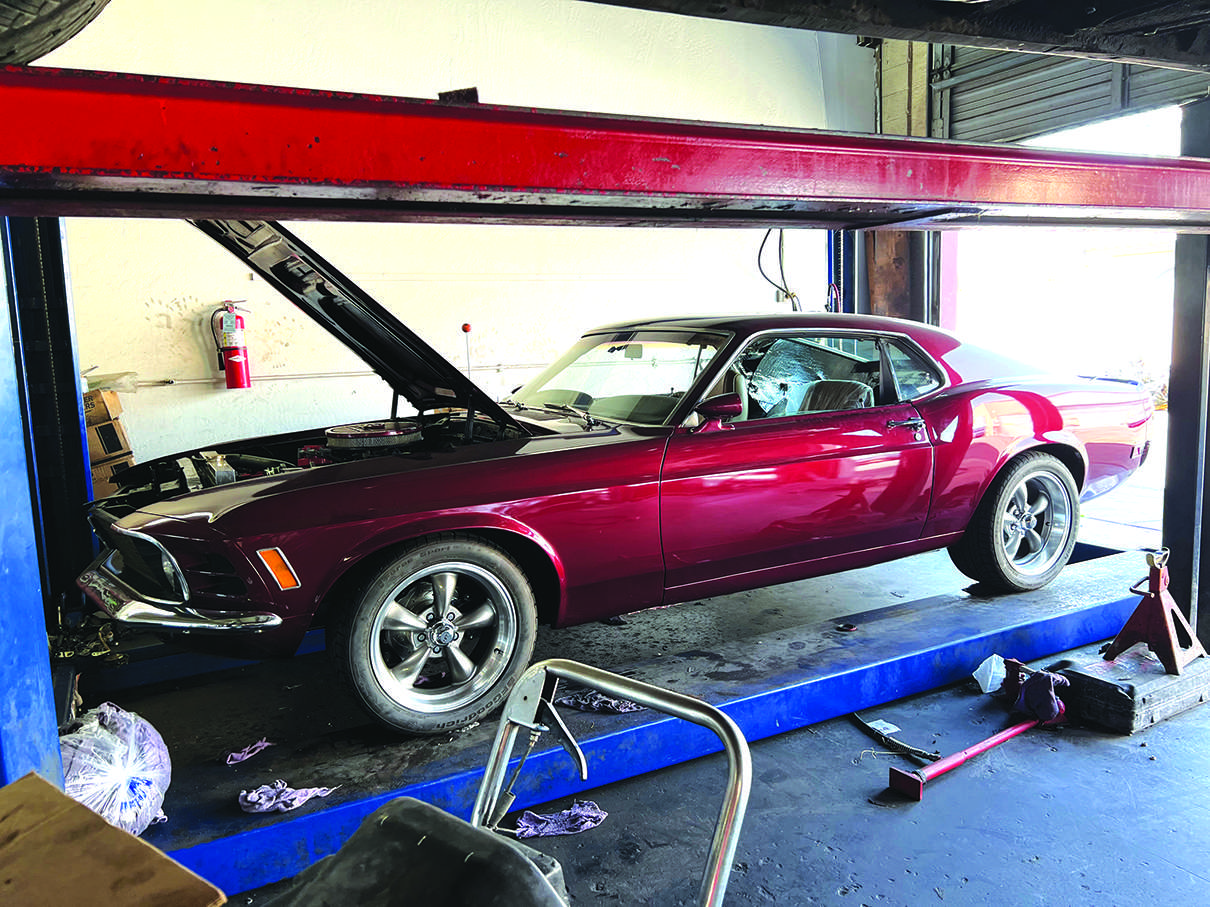 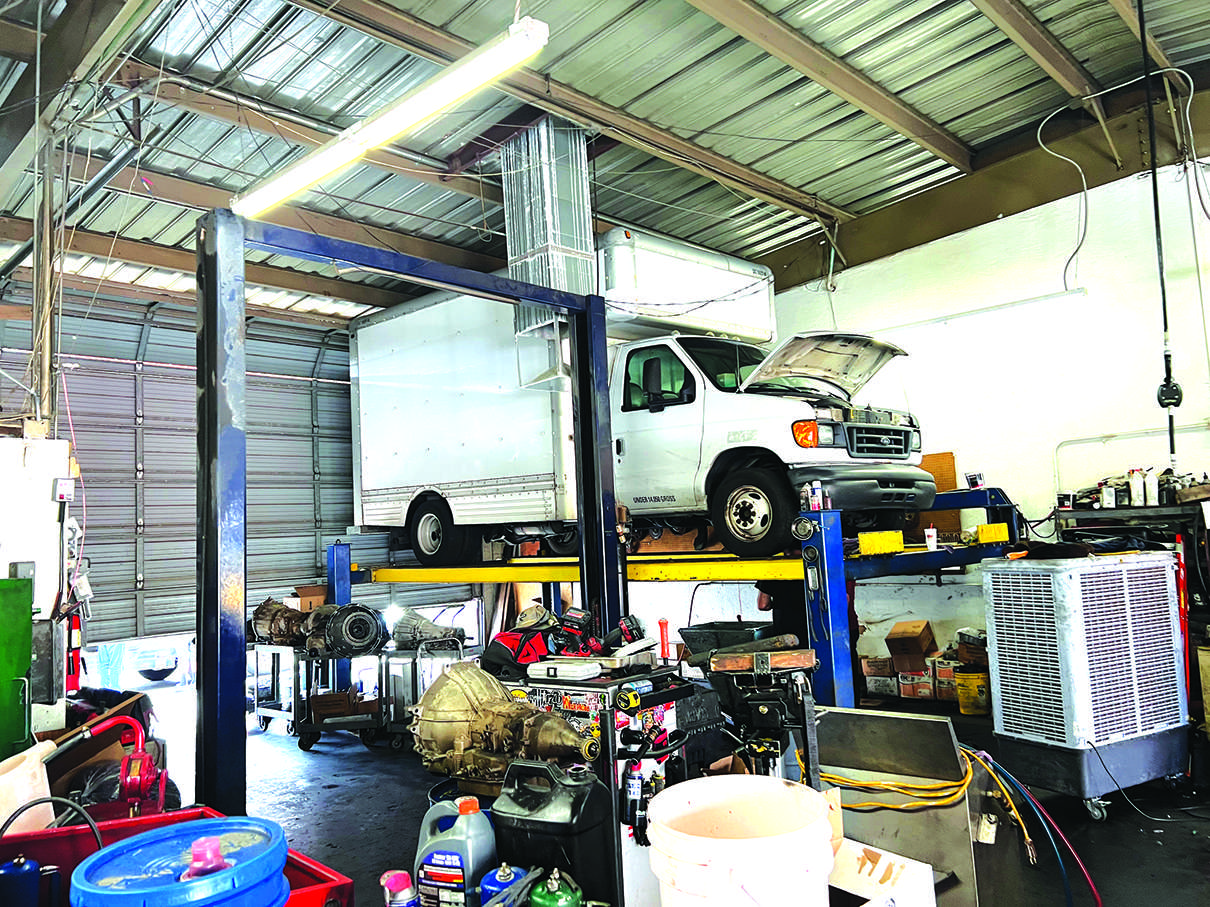 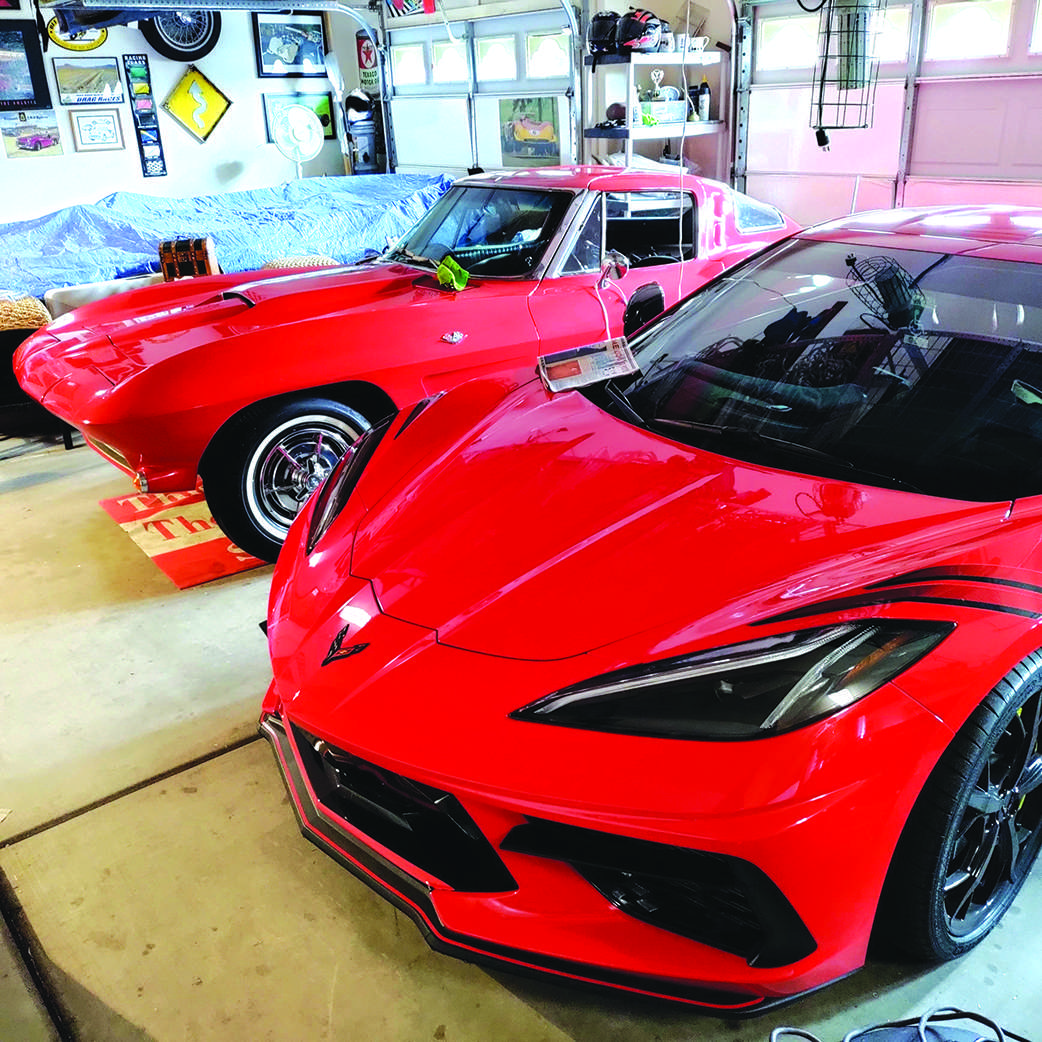