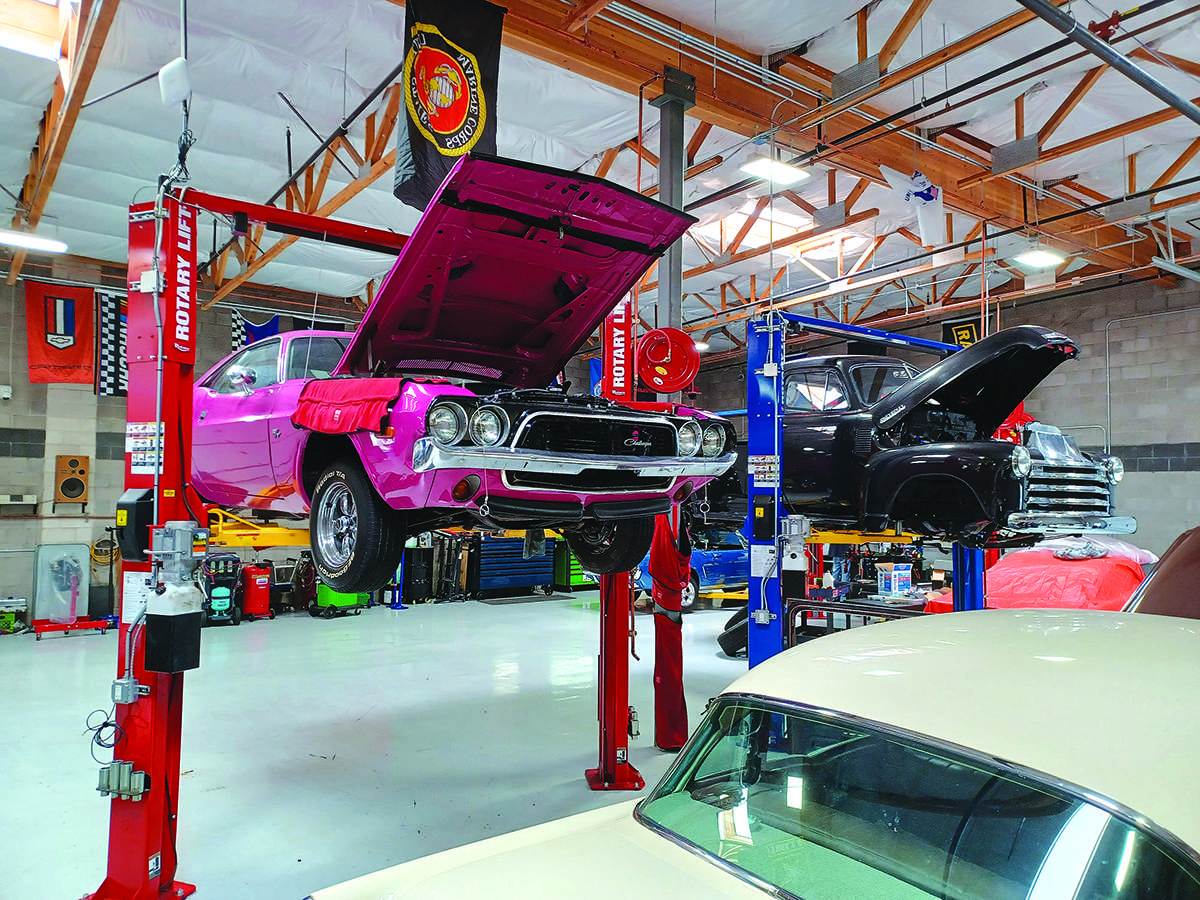 The Major’s Classic Cars shop in Gilbert does everything from vehicle inspections to complete ground-up restorations and they have a complete in-house Upholstery shop. And, they do Restoration Quality Mechanical Services on the older Classics to Collector Cars and Muscle Cars. Here are several current examples in the shop. The Upholstery shop recently finished the door panels and seats for a 1965 Mustang in black leather with white carbon fiber inserts. The Mustang is in the process of a complete custom build, turning it into a GT 350 clone. Also from the Upholstery shop, Nick and Jarek are redoing the seats for a 1964 Chevy Impala. The bench seats came in with black vinyl seat bottoms, but the owner is having them changed to a more user-friendly paisley brocade cloth. The Major’s mechanical shop installed a Holley EFI system and new Dakota Digital gauges on the big Chevy. In the mechanical shop, a red ‘68 Camaro is getting a new Ridetech front & rear suspension and they are having the 454 big block engine rebuilt. An Edelbrock Pro- Flo EFI system will then be installed. Up on a lift, a 1984 Chevy El Camino gets a front suspension rebuild, new wheels & tires and installation of a new 4.3 liter V-6 crate engine. The pretty blue ‘66 Mustang convertible is in for a complete bumper to bumper inspection and repair of a hydraulic leak in the convertible top system. Up on two other lifts, a 1972 Dodge Challenger “Pink Panther” gets a carburetor rebuild and some other potential repairs and upgrades. Next to it, a 1952 Chevy pickup, is getting a new front axle and new kingpins, plus a complete rebuild of the brake system. Up on yet another lift, a 1971 Mustang is having several new transmission seals and a new trans. pan gasket installed. Next to it, a 1954 Chevy 3100 pickup had the cylinder head from its straight six engine rebuilt. A yellow 1979 Pontiac Firebird received an engine swap. The 350 V-8 was removed and a fresh-built Pontiac 400 from the late 1960’s was installed. The car’s A/C system also had to be modified to work with the new engine. These are all great examples of the many types of work you can have done at Major’s Classic Cars in Gilbert Arizona. Call them at 480-307- 9988. Please mention Roddin’ & Racin’ when you call or stop by. 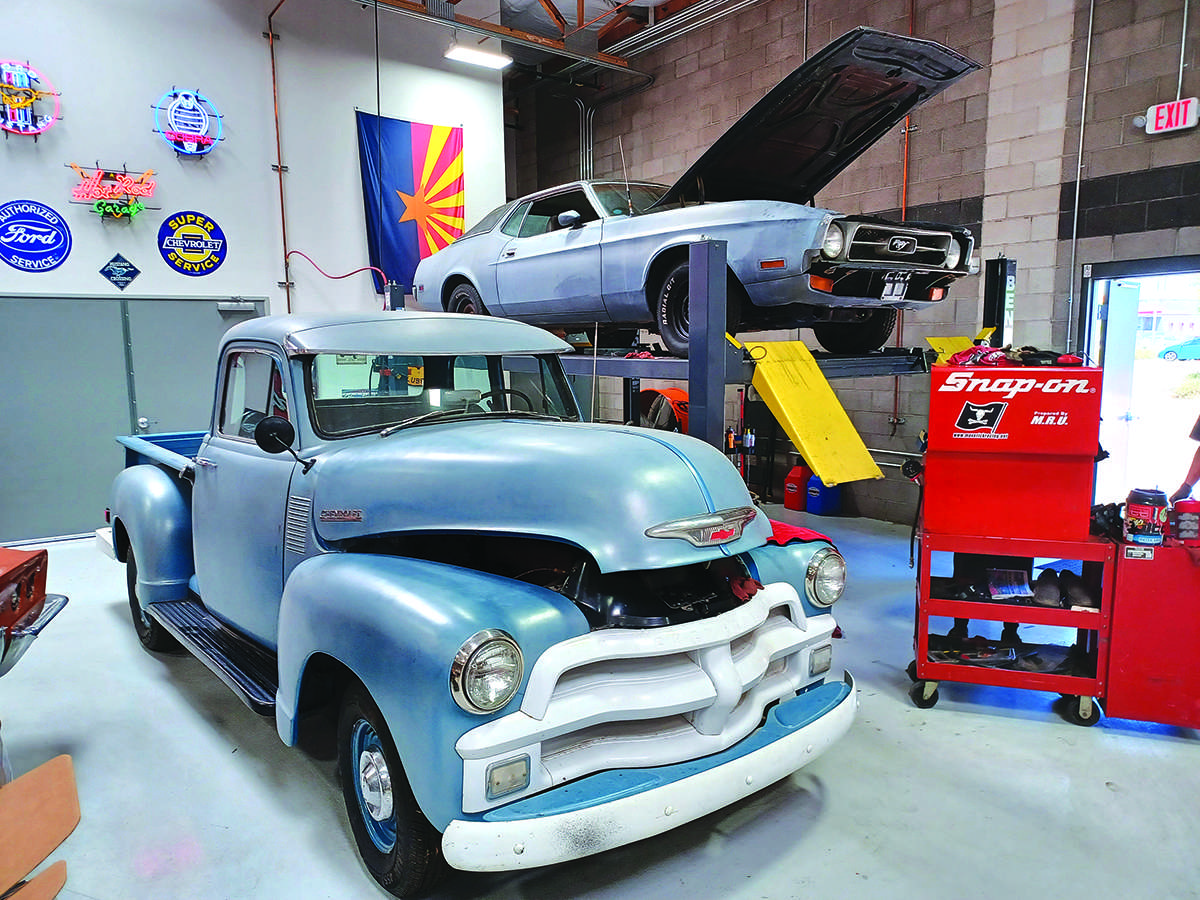 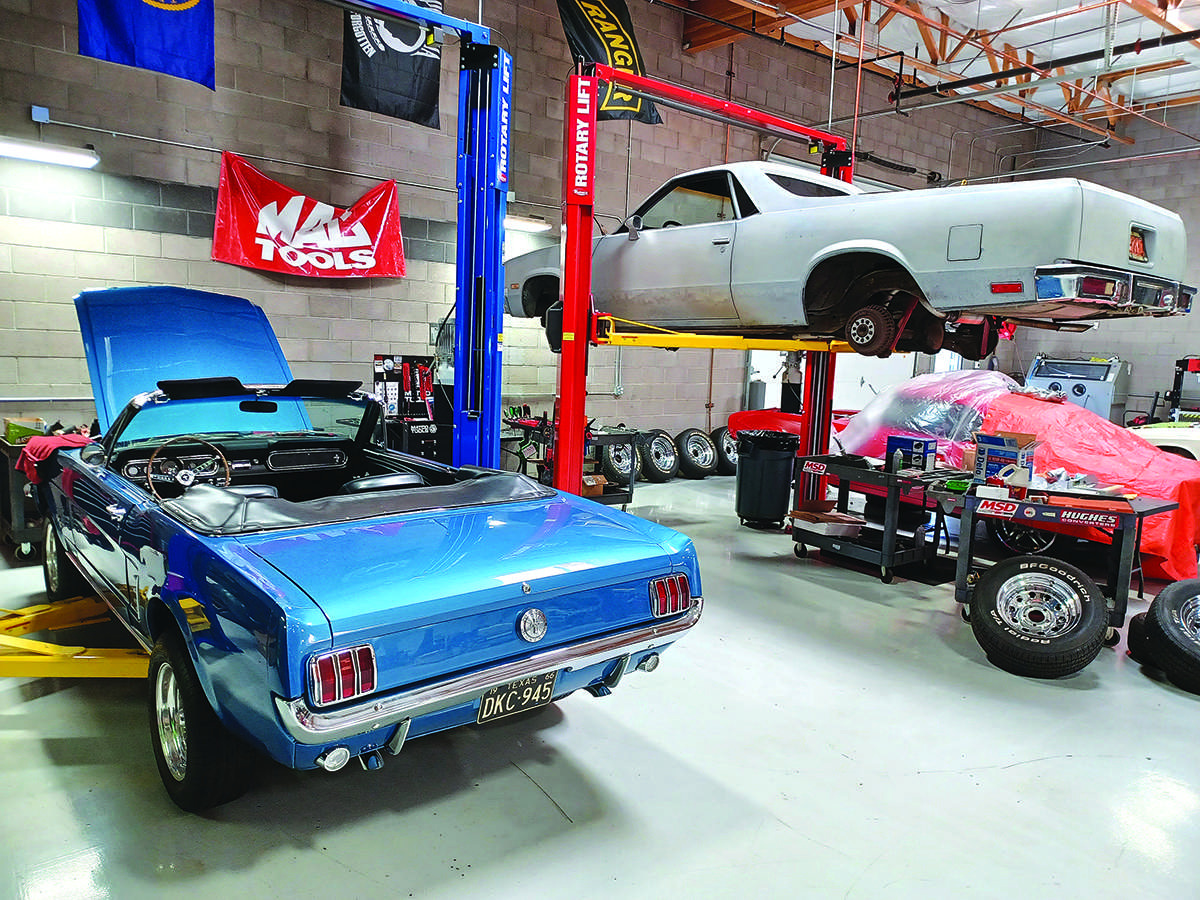 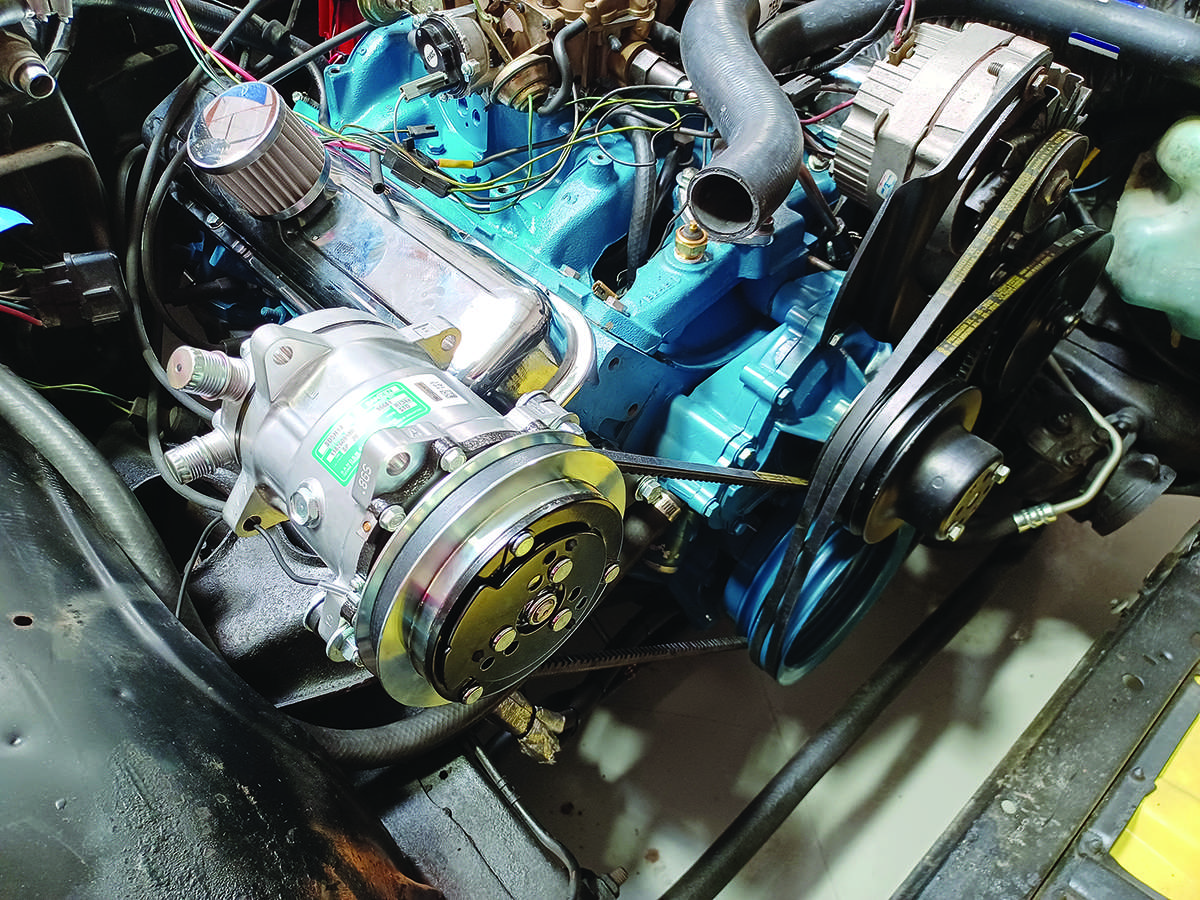 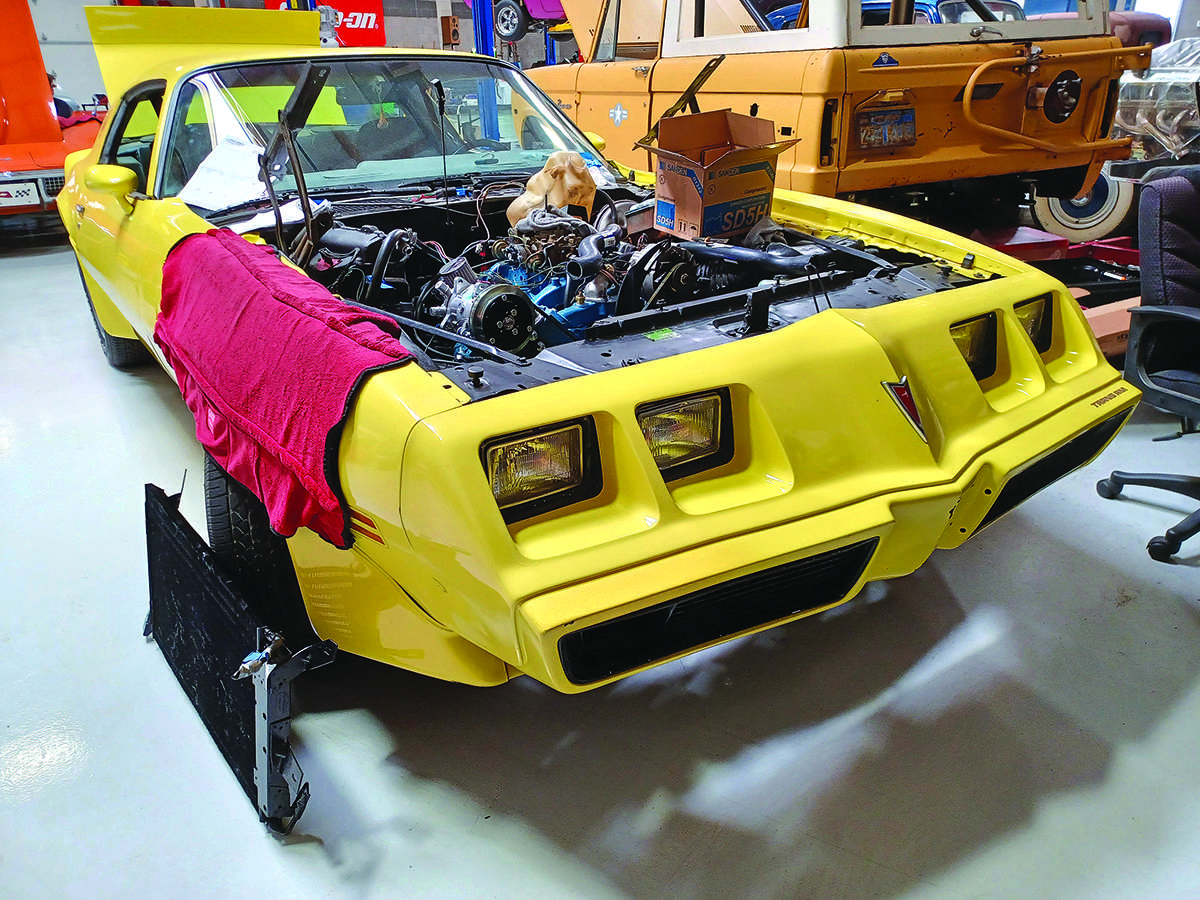 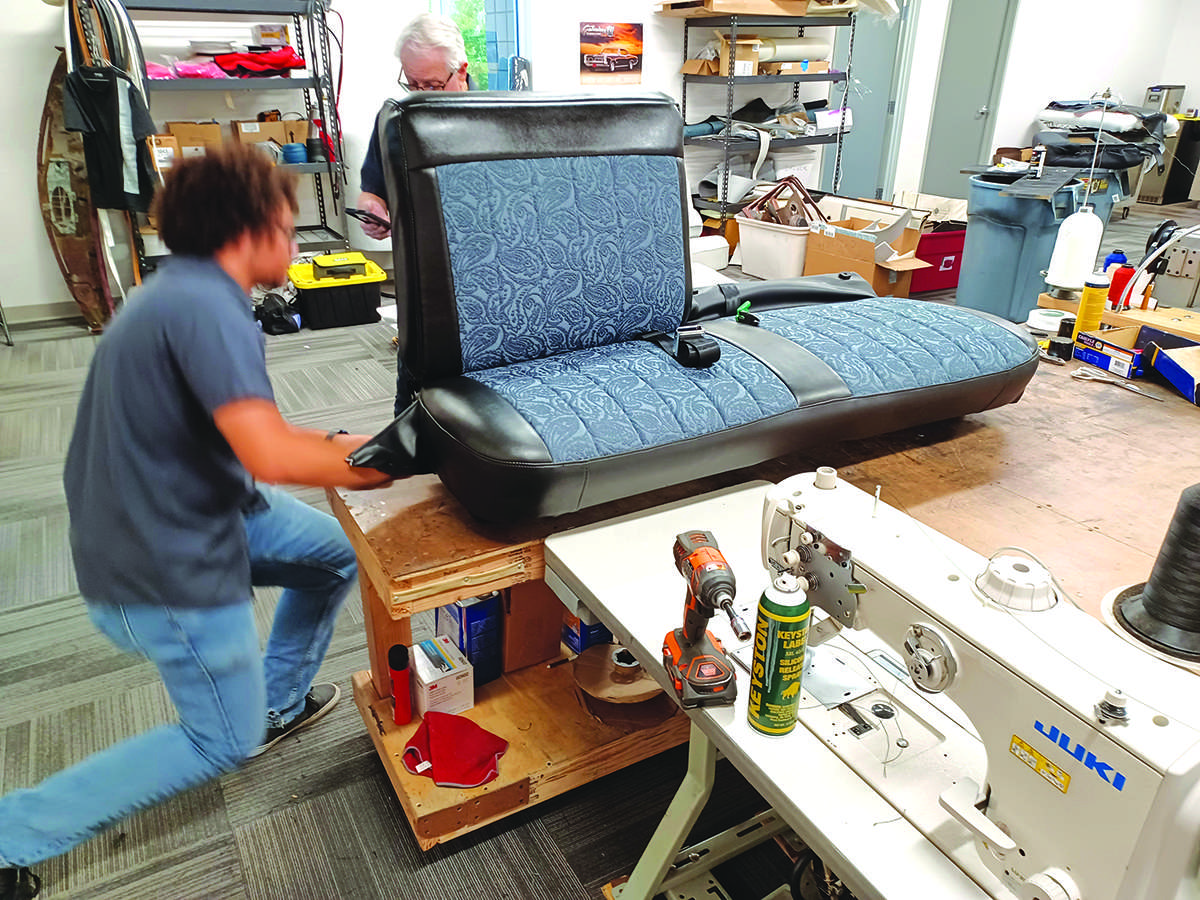 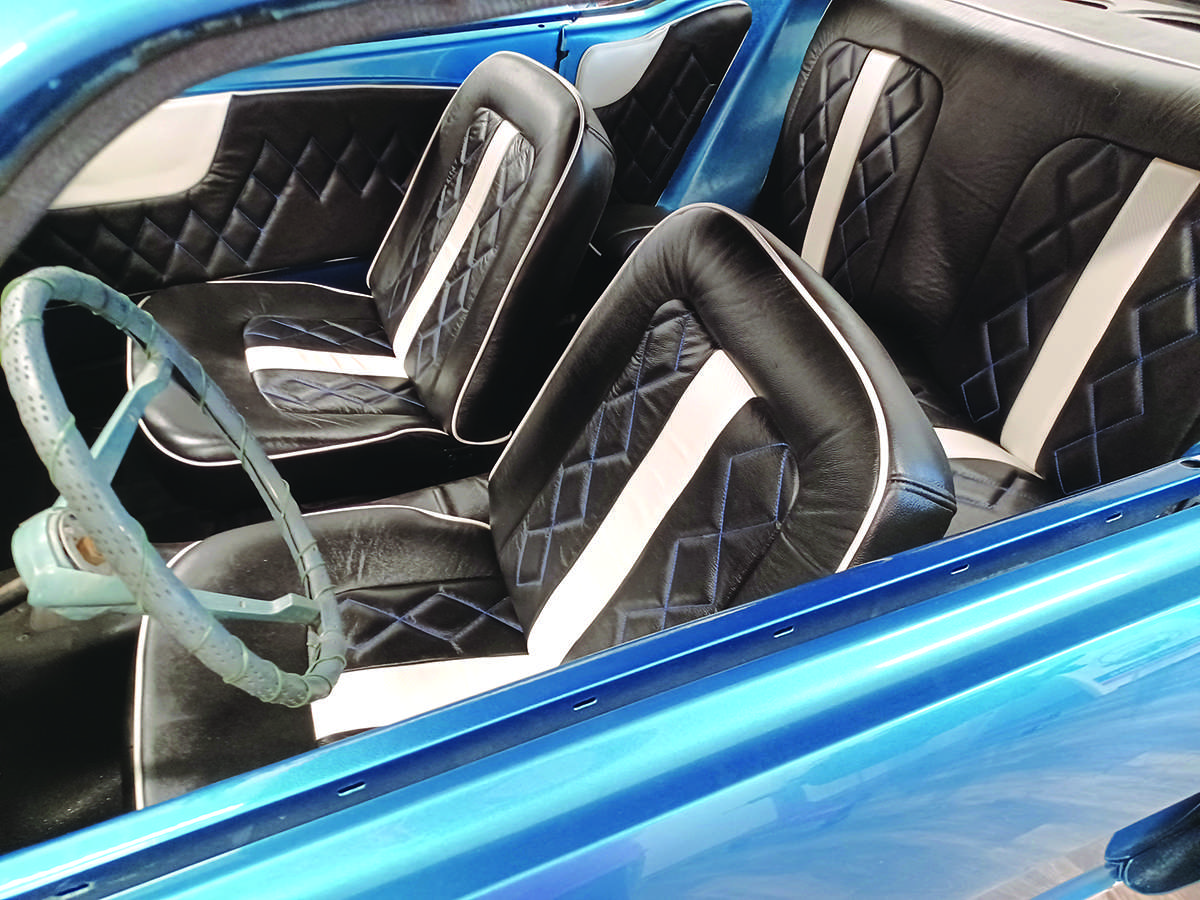