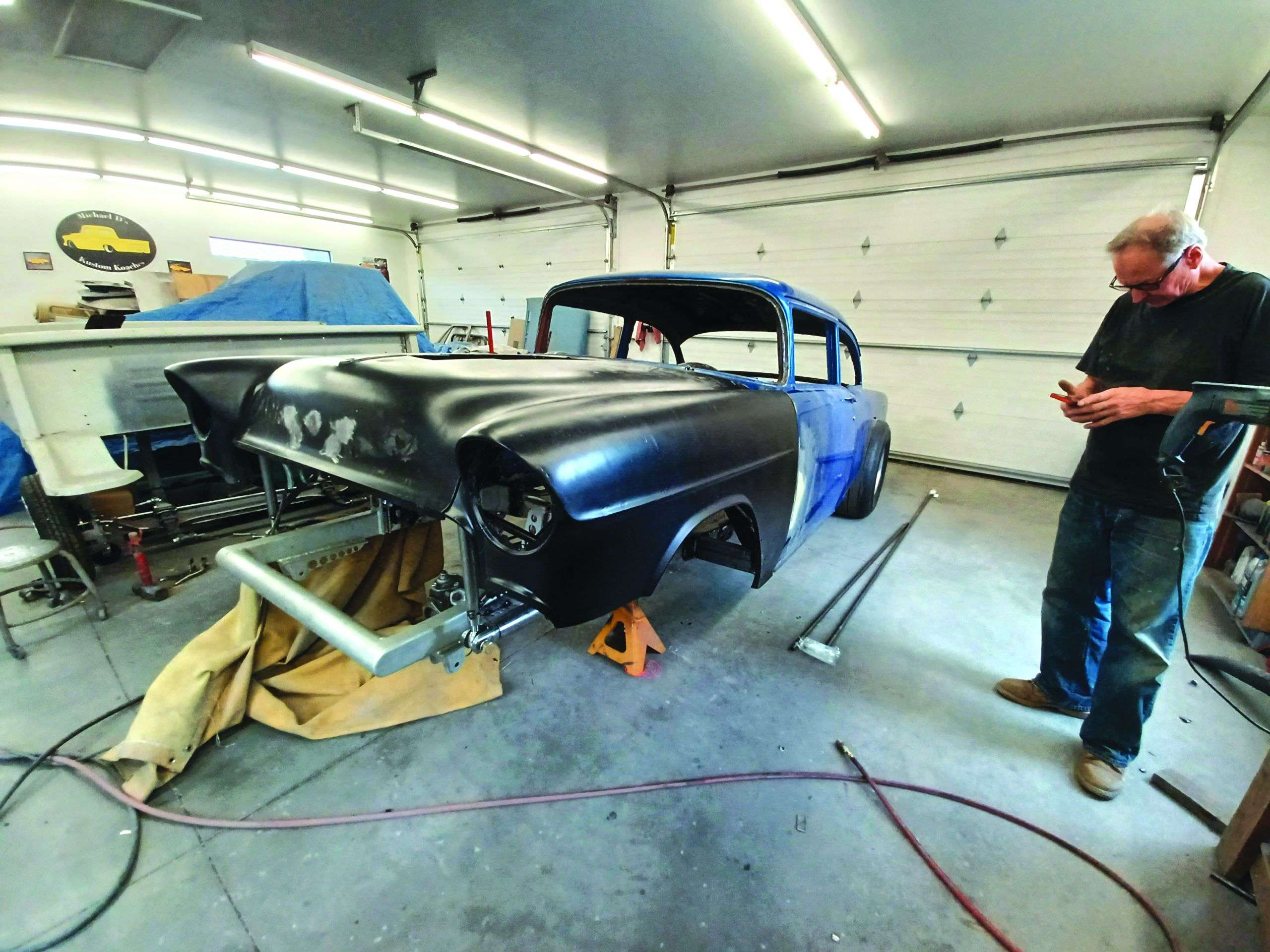 Michael has over 30 years of fabrication, welding and body work experience. He works by appointment only in his home-based business. In the shop on this day was a soon to be very cool ‘55 Chevy Gasser. This car will be powered by a 1000+ horse power blown big block engine. The car’s owner Stewert White is having Michael do some major mods to the frame, to better handle the increased horse power. Mr. White engineered some of the changes and Mike is making them happen. He’s welded in several new pieces of steel to make the frame more rigid and he’s welded the body to the frame, basically turning the car into a unibody. Mounting a new slide back tilt front end is also in the works. The complete front end will pull forward from 8 to 10 inches then tilt open. This car is a real deal old school Gasser with a high-riding straight axle front suspension. In the rear a new pair of wheel tubs will be fabricated to house the large rear tires. Also in the rear, Michael has to engineer and install an opening trunk, which this car did not have. There was damage behind and below both doors that Michael is also repairing. This ‘55 Chevy Gasser is a great example of the engineering, fabrication, and welding that Michael D’s Kustom Koaches specializes in. Call him at 480-227-7324. Please mention Roddin’ & Racin’ when you call. 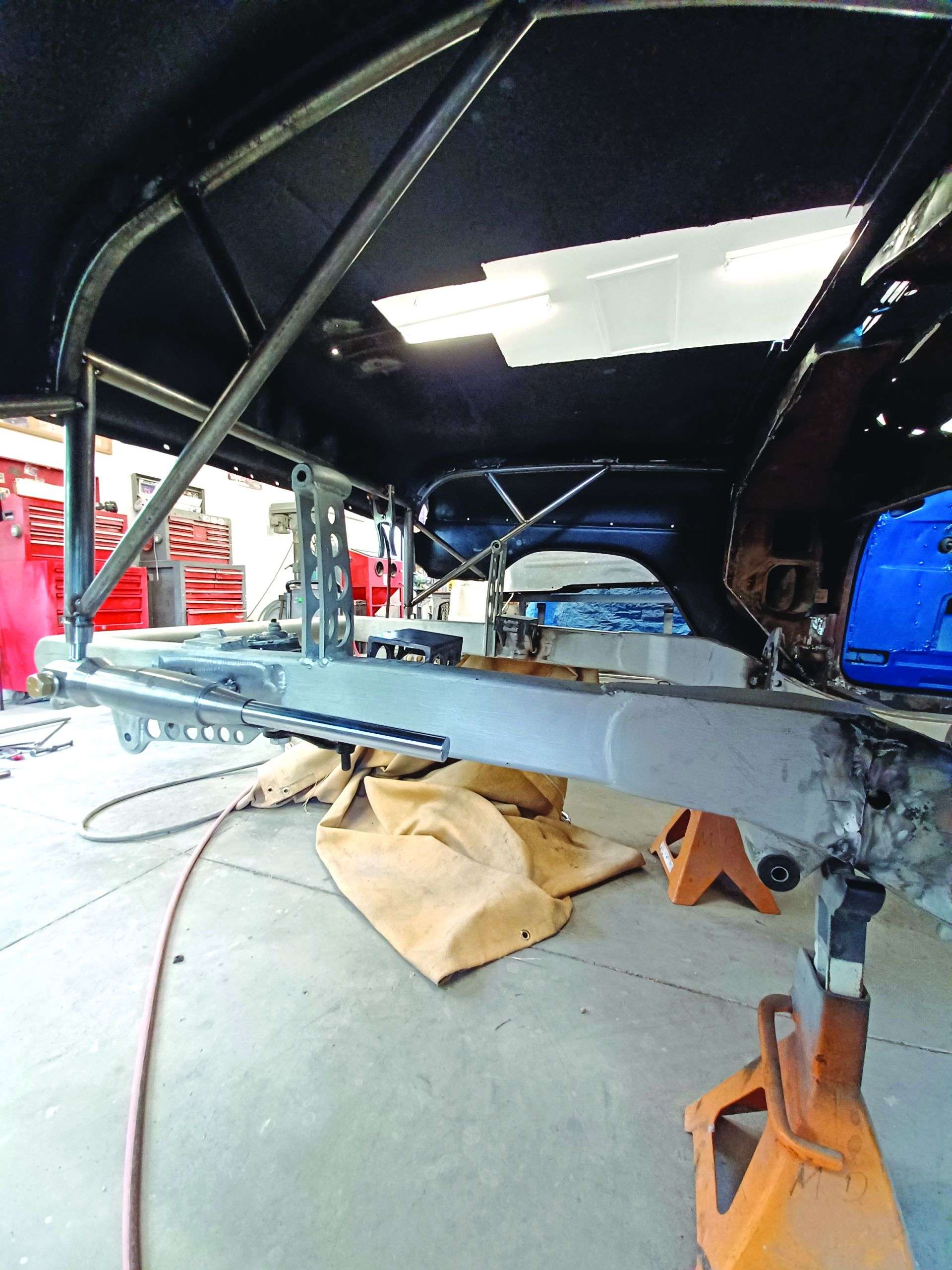 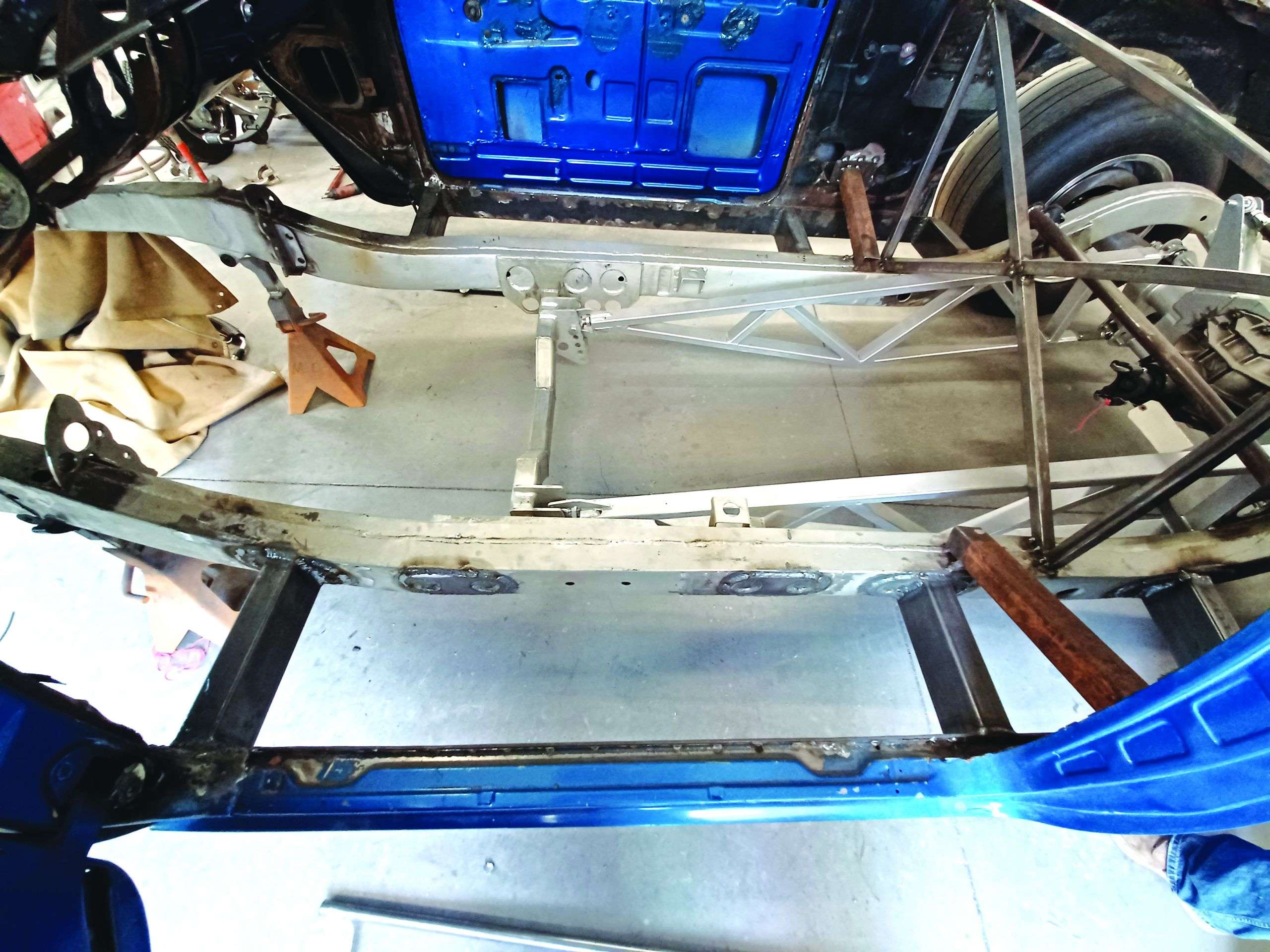 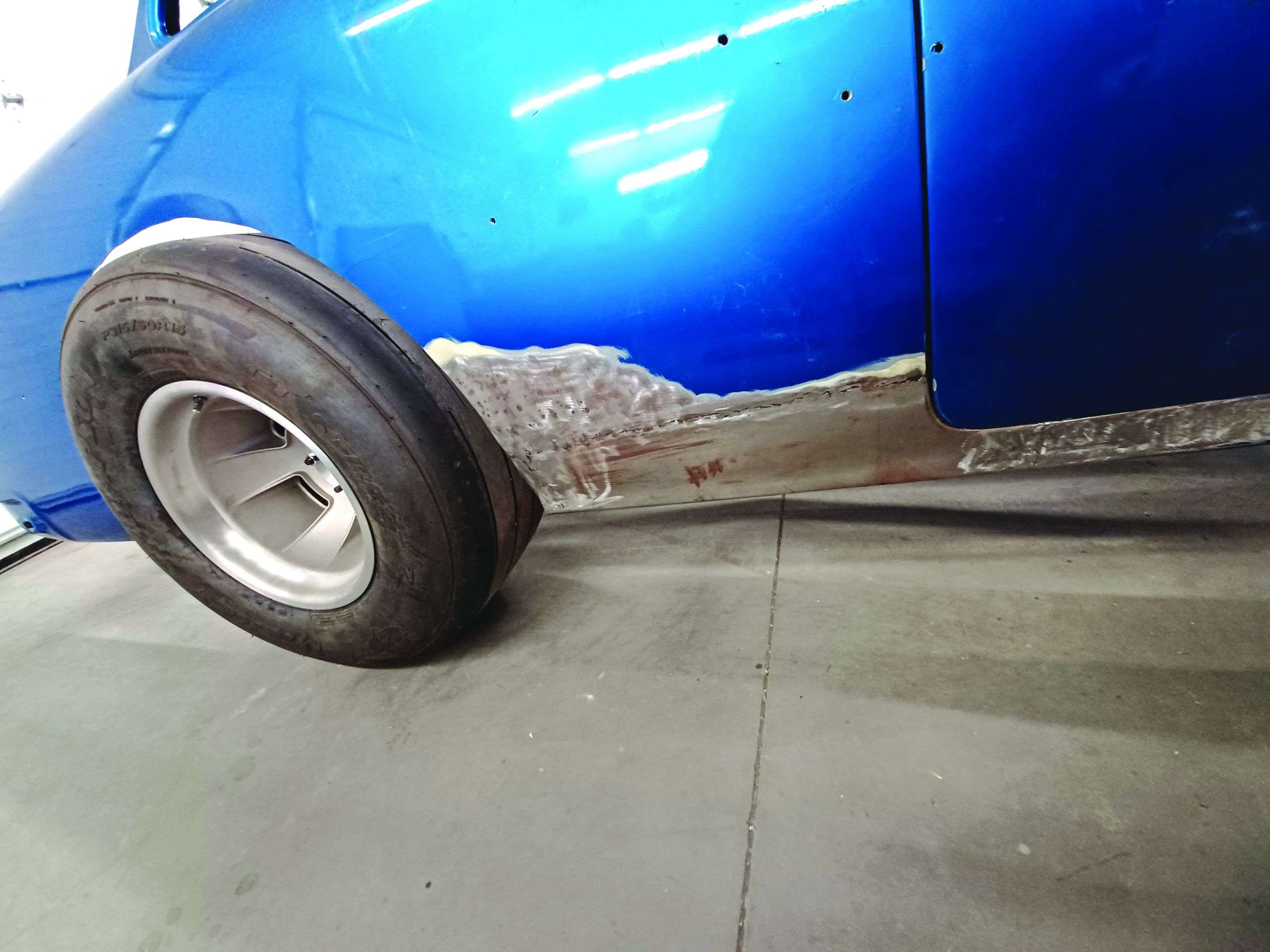