From January 22nd through Jan. 30th The Westworld Equestrian Center in Scottsdale was the eppa center of the collector car world, as the Barrett Jackson Collector Car Auction garnered record-setting sales numbers. On Sunday when the last vehicle rolled across the block and the numbers were tallied, a new Barrett Jackson record was in the books. The new record is $195.9 million. There were 10 vehicles that sold for more than $1 million dollars, including #10 at $1.21 million, a 1967 Shelby Cobra 427. The top seller was a 2004 Porsche Carrera GT that sold for $1.98 million. A new record was also reached in the average sales price of $105,517 per vehicle sold. The $195.9 million number does not include another $8.8 million in charity sold vehicles, where all proceeds go to charity. The charity vehicles are a wonderful part of all Barrett Jackson’s auctions. They have now sold almost $150 million in charity vehicles. The top selling charity car was a special 2023Corvette with vin number 1 that sold  for a record $3.6 million.

Each auction day started with an hour or so of Automobilia sales. Automobilia items can include everything from a vintage oil can that might sell for $10.00 to vintage gas station oil pumps, gas pumps, oil can racks, vintage pedal cars and many other automotive-related toys, promotional items and lots more. But, the big Automobilia items are automotive or oil company-related neon or porcelain or metal signs. A world record $460,000 was paid for a 1953 Ford neon sign. Automobilia sales reached a new record of $7.3 million.

Attending the Barrett Jackson Scottsdale auction is simply anamazing spectacle of colors, sound, food, people, incredible vehicles and not just the ones crossing the auction block. There were displays from Ford, Chevrolet, Dodge, and many others, plus, there were boats, motorcycles, and even airplanes on display. The Vendors Midway under the gigantic main tent is incredible to say the least. Then when you venture outside, there are scores more in the open air displays. Many of the 1857 vehicles sold, wait their turn in half a dozen giant tents, where you can inspect each vehicle up close and personal. The 2022 Barrett Jackson Cup “Ultimate Best in Show” award went to Bob Johnson’s 1936 Ford Roadster.

The next Barrett Jackson Collector Car Auction is set for April 7-9 in Palm Beach Florida. Go to Barrett-Jackson.com for all the information. 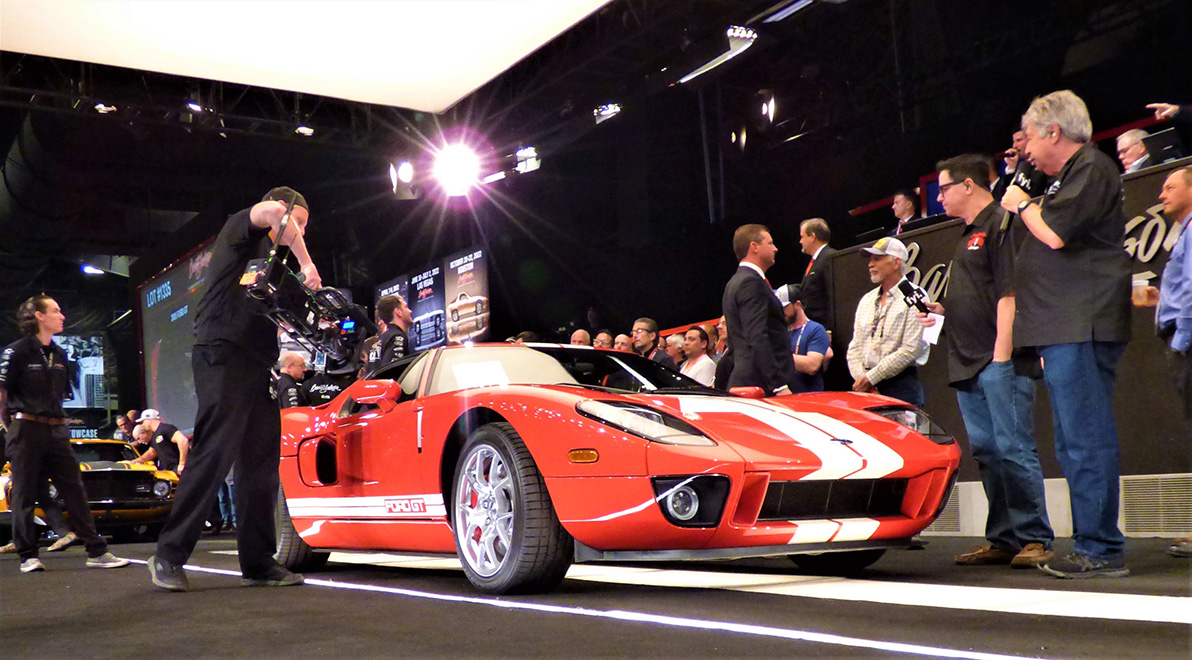 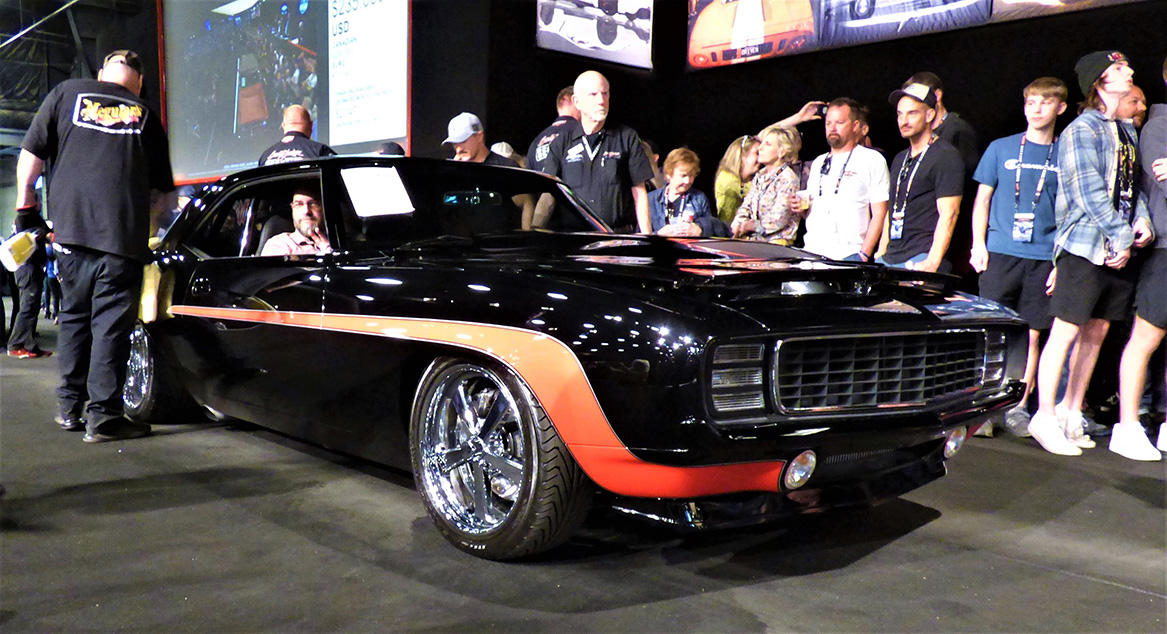 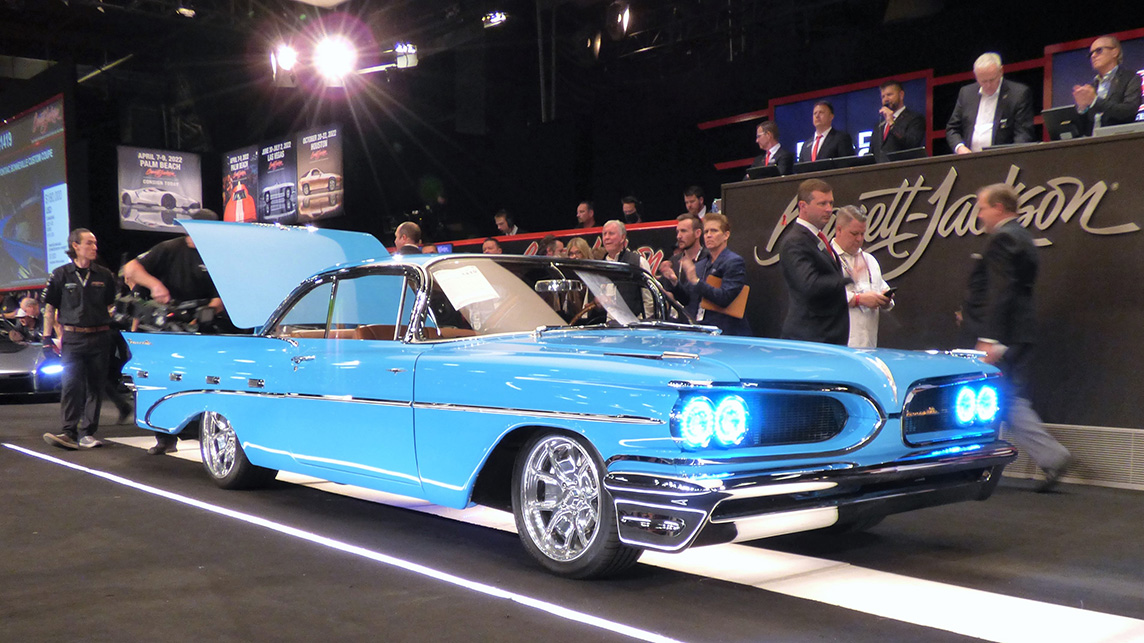 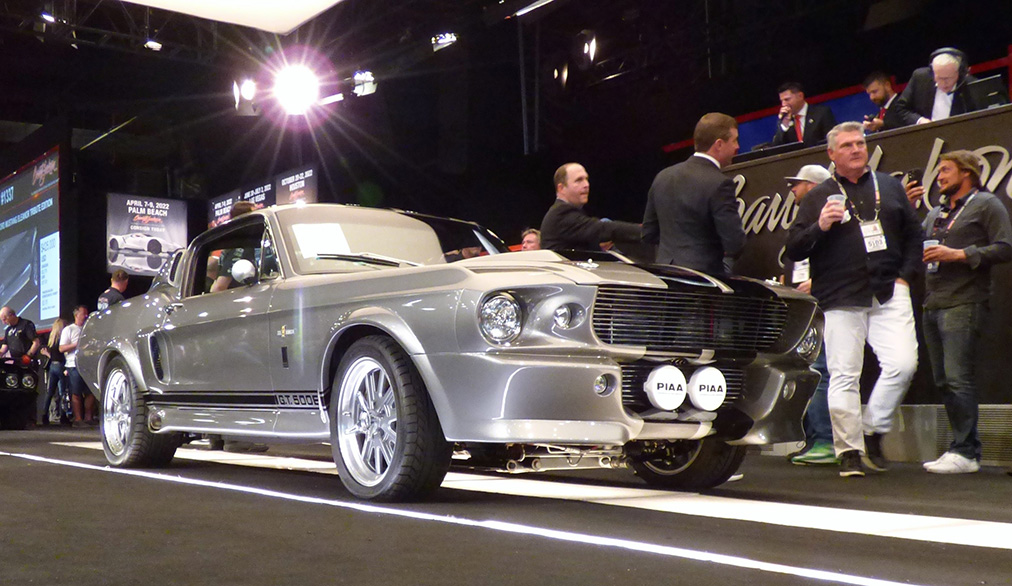 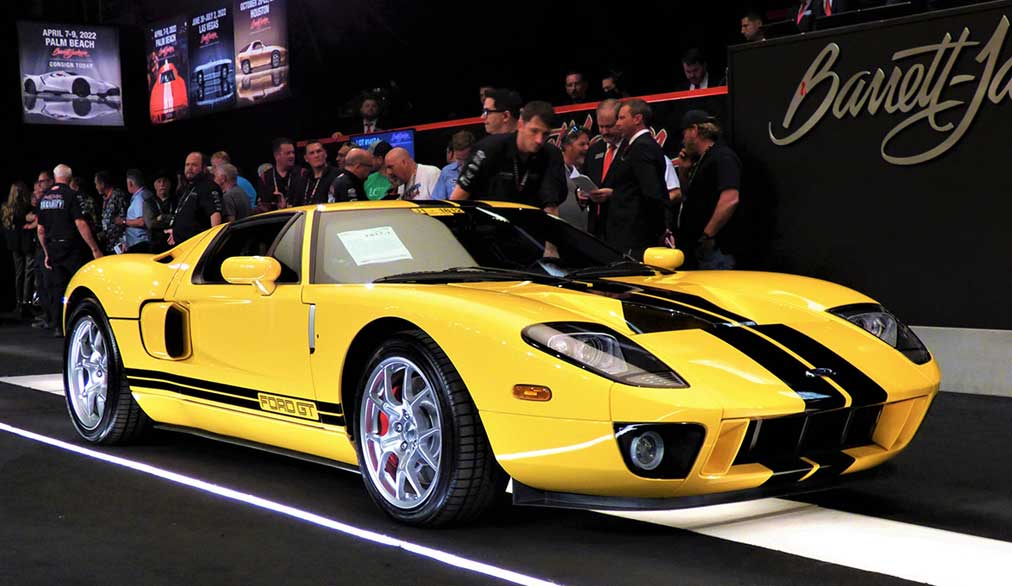 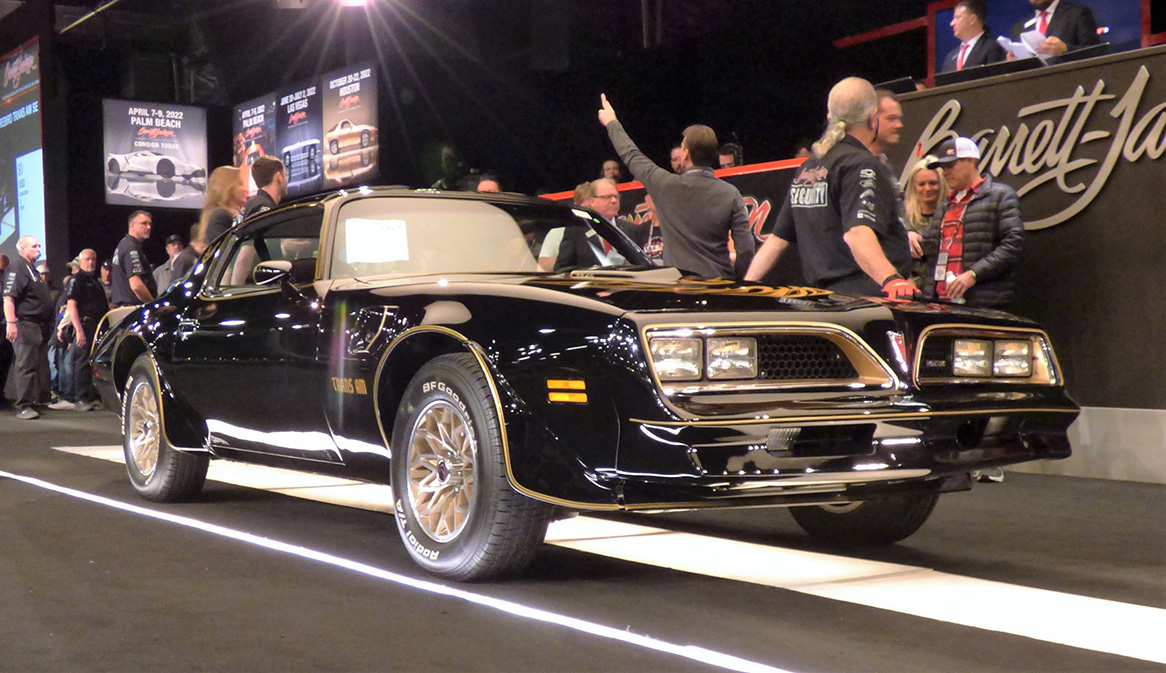 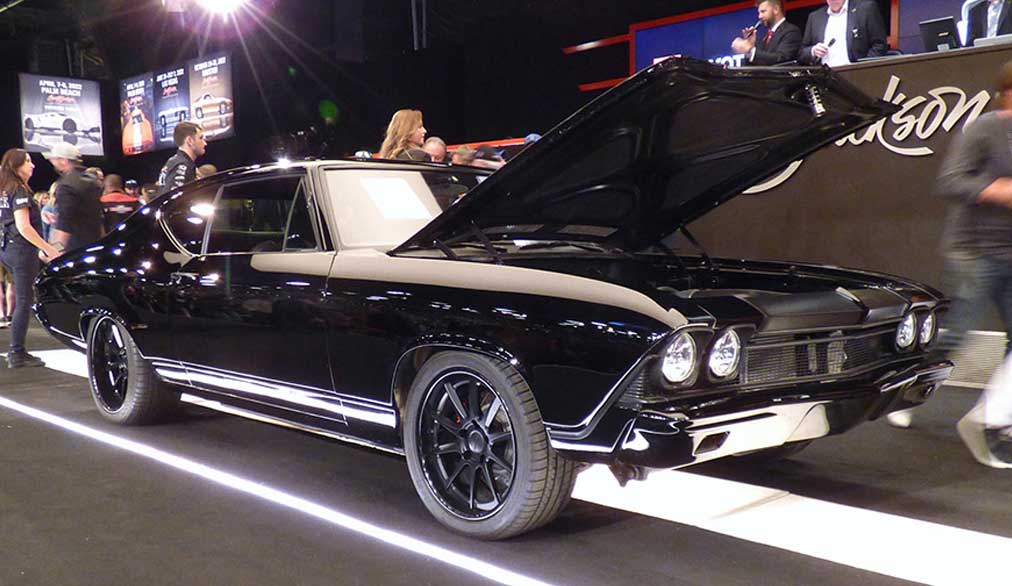 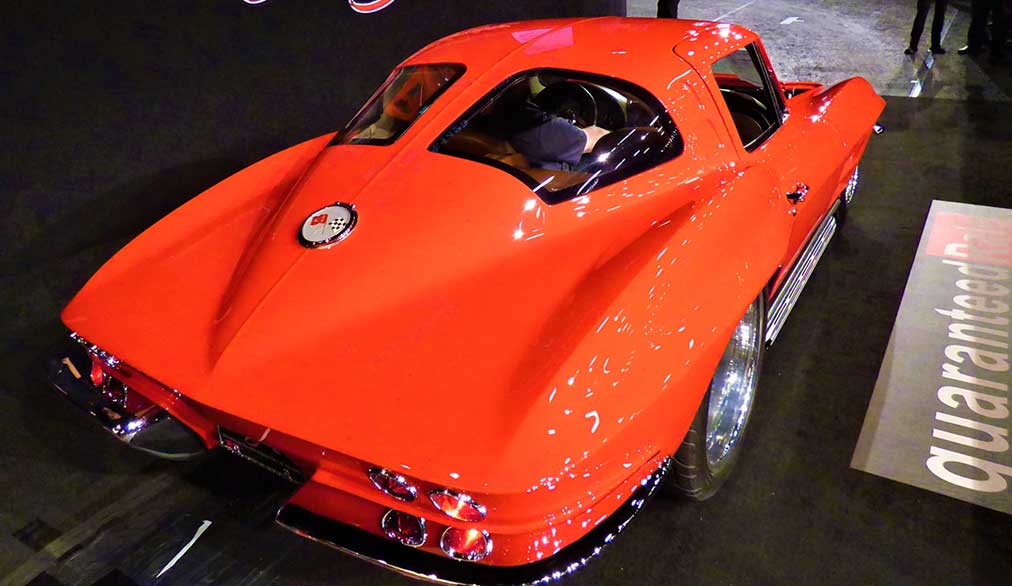 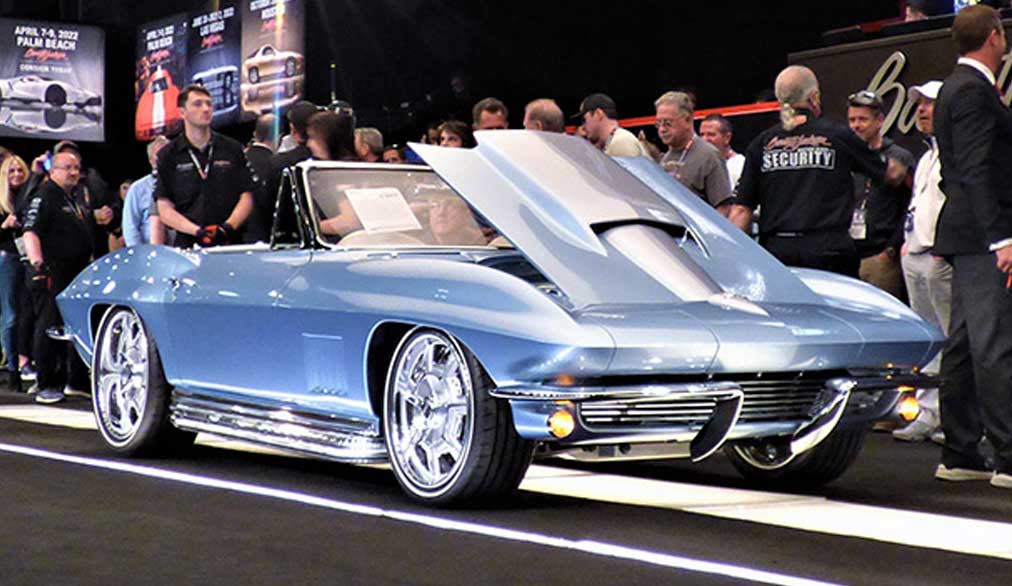 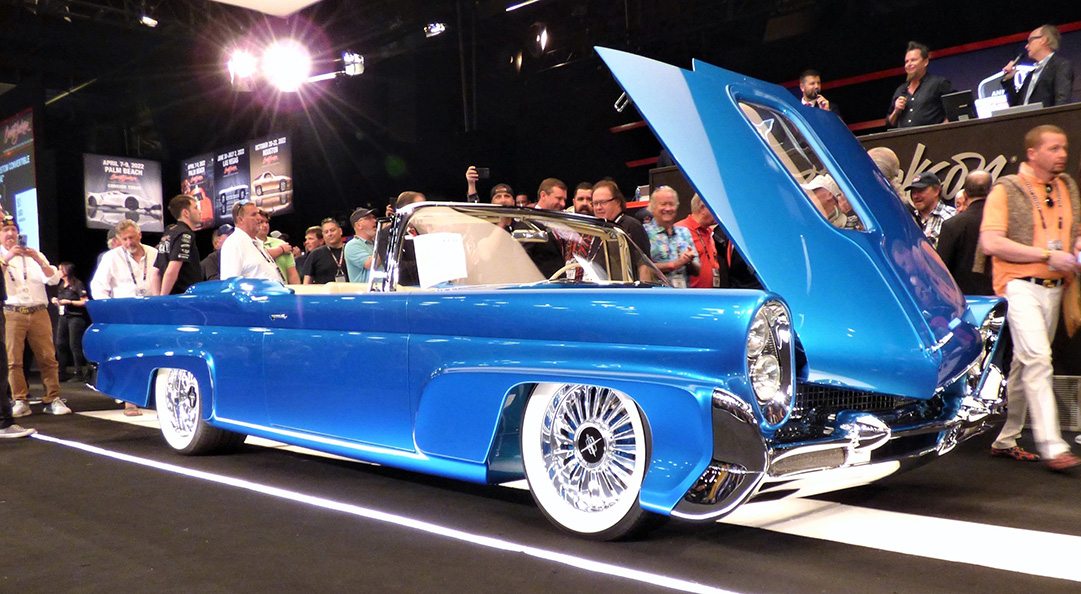 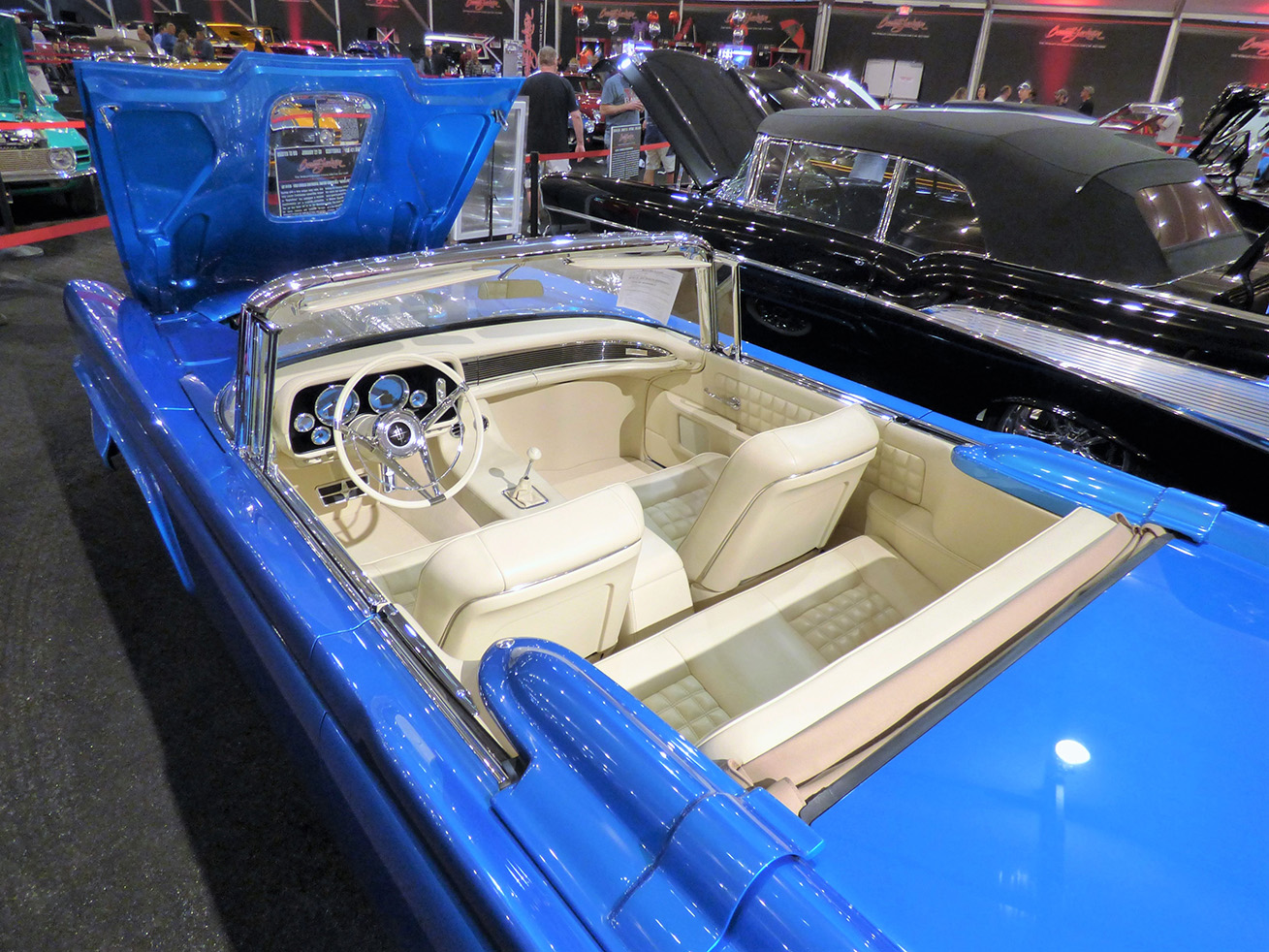 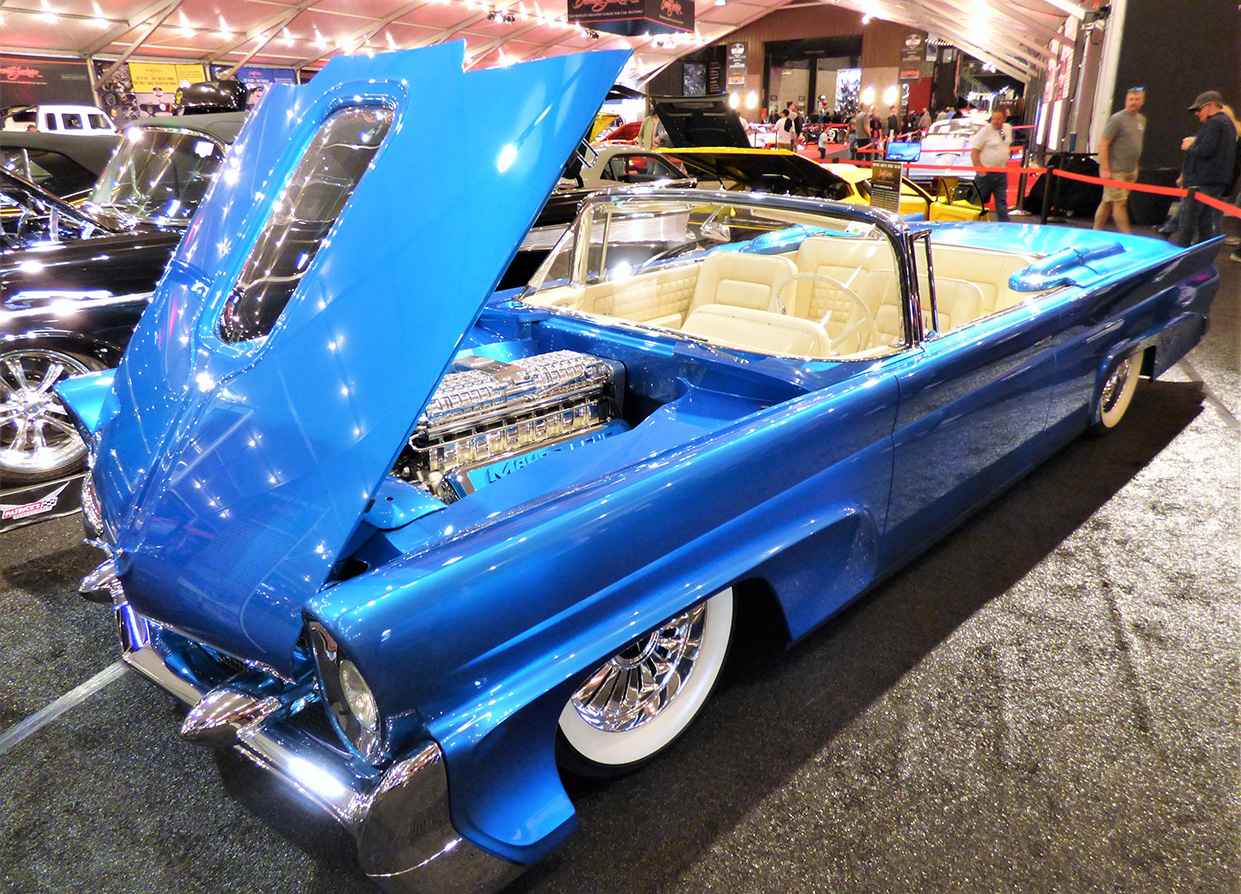 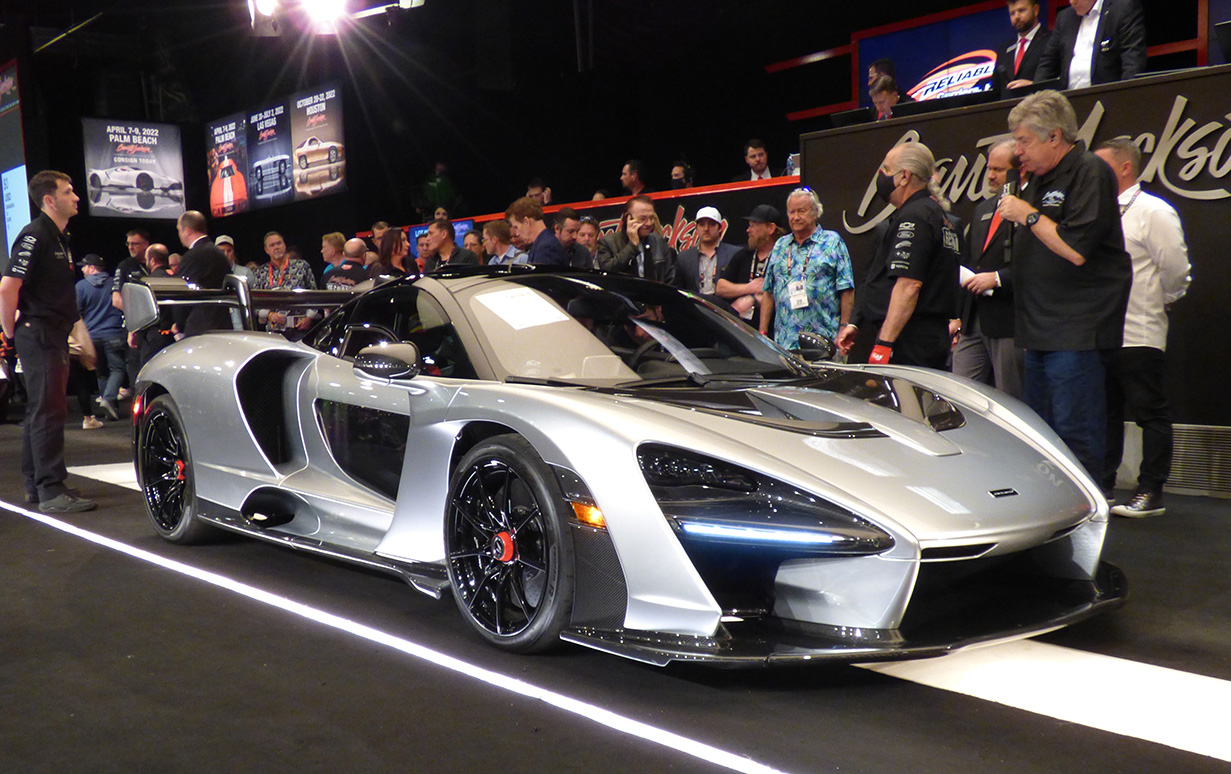 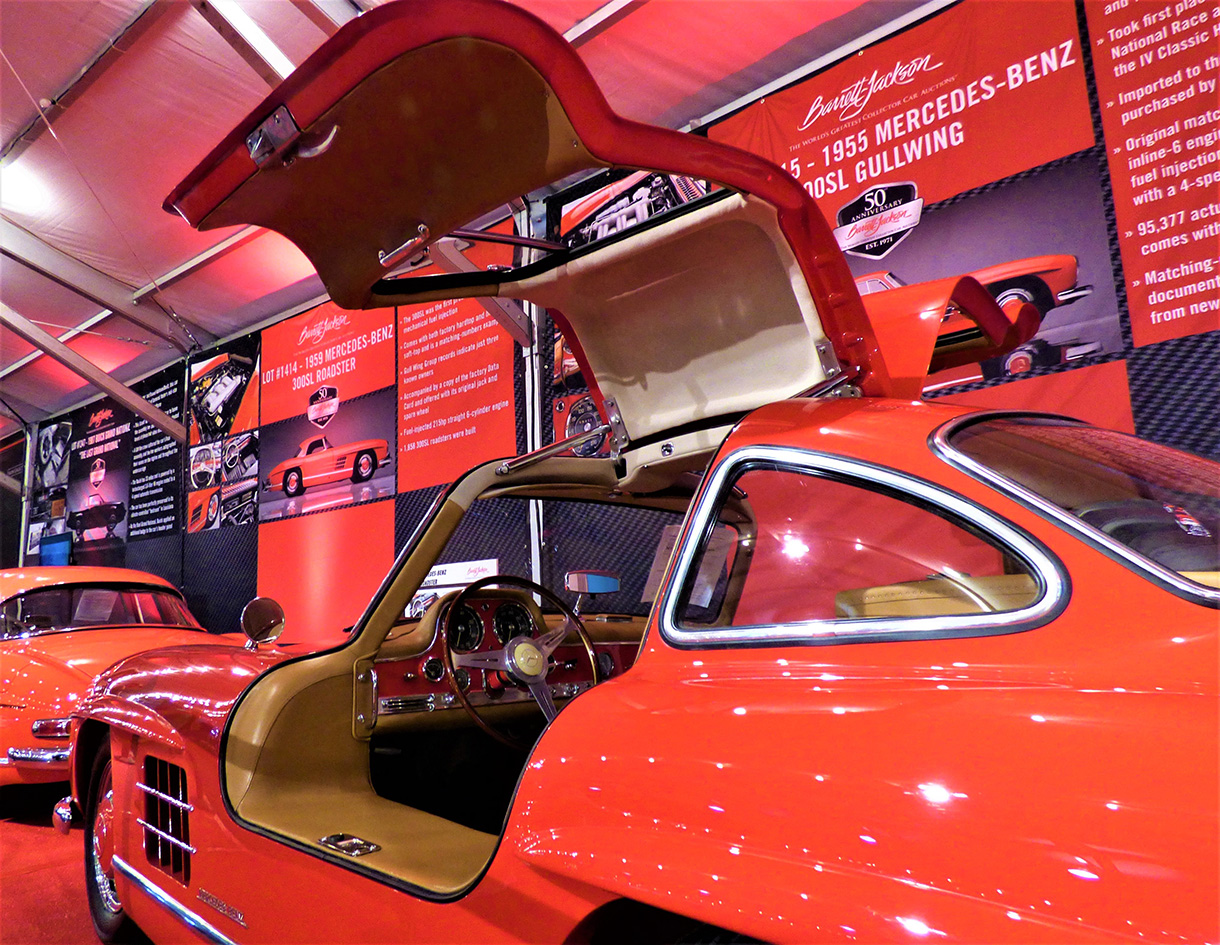 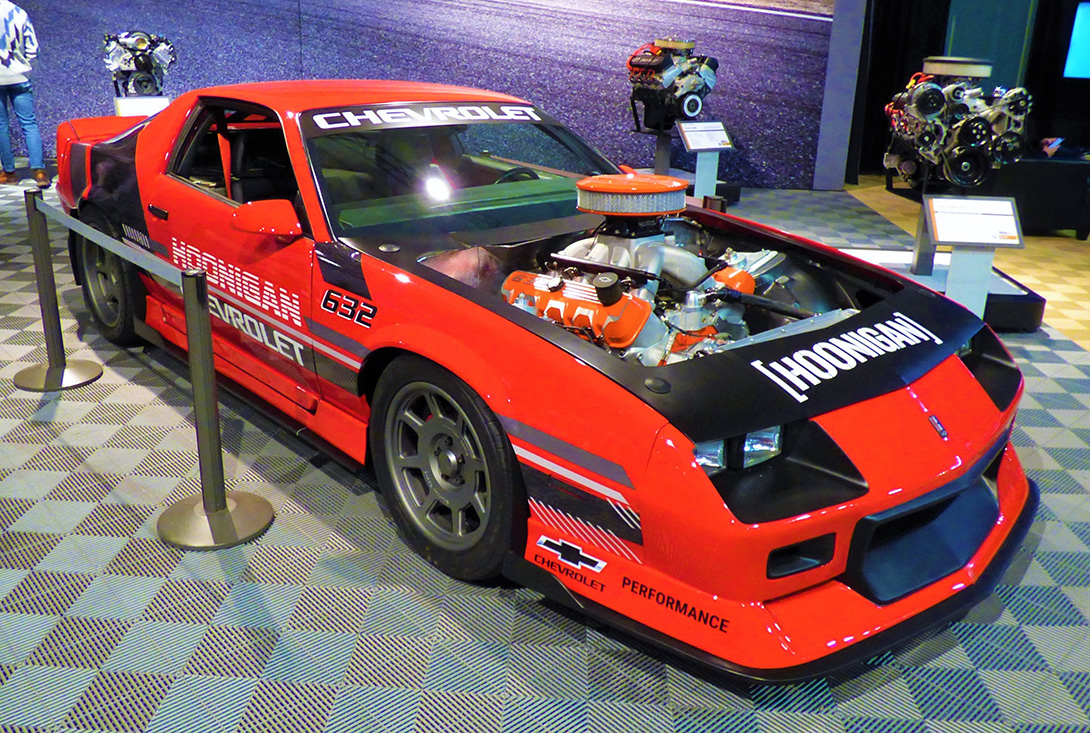