Jeannie and I met in 1964 and were married in 1965. When we met, we were both driving 1955 Chevys. As most know 55 Chevys in 64 were nothing special, just a used car. I think we sold each one for $300. Fast forward 50 years, through many cars and trucks both hot rods and grocery getters, we dreamed of one day getting a 55 again. In my career as a general contractor, I had many sub-contractors. One such sub (concrete) also a friend, has been building this 55 for the past 25 years. Every time I bring him a plan to bid, we would spend 30 minutes going over the plan, and 2 hours in the garage talking about the 55. After a time, he unfortunately and suddenly passed away. I was asked to help his wife sell the 55. When she went to his garage for the rst time since her husband death, we found the car in pieces. Apparently, her son had plans for the car. She was not happy and said this was her car, not his, and she would do with it what she wanted. I told her I would put the car back together and put it on the internet and get it sold. She kept trying to get me to buy it. I told her that I would love to have it, but it is worth much more than I could afford, as the appraisal was 30k, as is. I said if I make you a low offer and you accepted it, I would feel like I have taken advantage of you. She said something unexpected, “What if I make you an offer”. I asked, what do you have in mind? She took me into her garage and said, this is my 5 year old Lexus, the dealer wants this car, and 23K for the new car that I want. If you can give me 20K you can have the 55. I called my wife and suggested, what if we use the money that we are saving for our 50th anniversary trip and buy Bills car as a gift to each other. She loved the idea, and the car will last a lot longer than a 2-week vacation. She doesn’t like cruises anyway.

We have enjoyed this car for 7 years, and love attending car shows, and the great people in the car hobby. e car has gone through a few changes in the 7 years. In 2020 we had a minor crash. We had to replace the le front fender, bumper, grill, hood, radiator, AC radiator, and lights. We repainted the whole car to be sure the original colors matched. I replaced the tired 265 engine and power glide transmission, with a 383 Stroker, and a 700R4 Transmission. It now cruises very nicely at Highway speeds. We also added a Holly Spider EFI for better performance.

Special thanks to Gary Lancaster, for the great body and paint work. Also special thanks to Nancy Perry, for all the work she puts in to produce the many Car Shows, that we love so much. 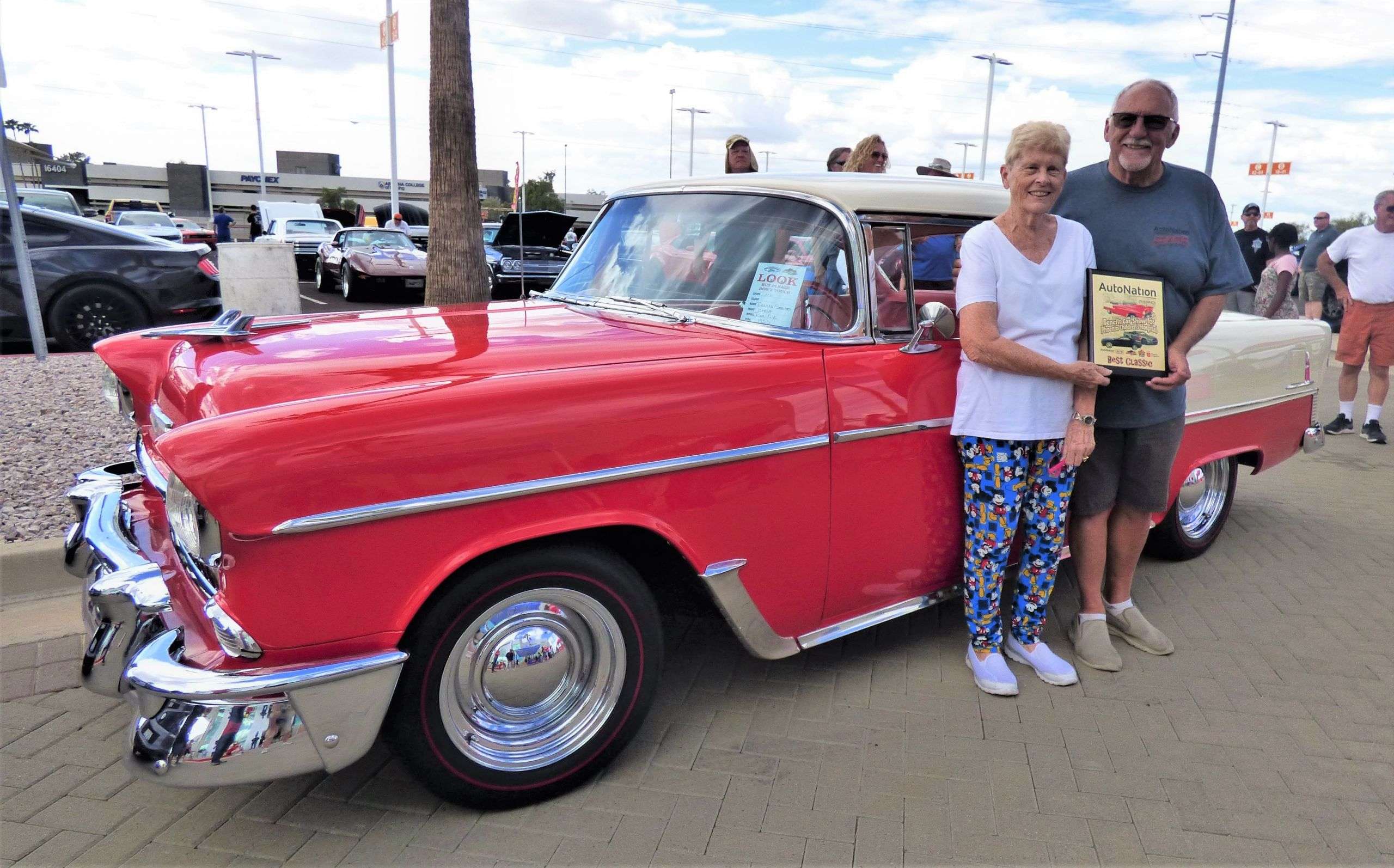