We have owned this 57 Chevy Belair for 40 years. At the time when I purchased it, I was very excited to begin my own project. Then we decided to begin our family and family came first. So, I thought, I would build the car with our two sons when they got a bit older. My fondest memories were with our two sons helping me work on it.   Our two boys wanted to play hockey and when they became involved with travel hockey their needs came first so the car was placed back in storage. As time went by the boys said, “Dad let’s at least start to work on the 57 again.” We did for a bit but then we were all off to the hockey rinks again, which we would not trade those times for anything. Once the boys got older and the traveling for hockey ended, we figured it was a great time to get back to the project of doing my own car. That did not last very long as my friends and their friends asked me to work on their cars, which I gladly did. Once again, my poor chevy went back into storage. After many years of working on other people’s car and going to car shows to see their car and my work, I thought we need to make a move somewhere so I can finally do my own car.

In 2016, we decided to move to Arizona, the weather was warmer, and it would be a great place to show off our car, once it was done. About one year later I finally began my own car. We were so excited to start this project. Working at nights and on the weekends, I knew it would take some time to complete but I did not want to stop now! We had waited so long for this moment.

I drew my inspiration from Chip Foose who always did his cars with a modern and classy look. I wanted to think outside the box and create a clean, modern classy looking car that did not look like other 57 Chevys.

After 4.5 years, our dream car was complete! We have attended many car shows and we so enjoy the numerous people that walk around the car and show their admiration with thumbs up or take the time to tell us how great they think the car is. We have won some awards, but the best award is to share our car with other people. Also, we have met people that we now consider our friends, and we so enjoy going to shows with them. We look forward to attending more car shows and meeting more great people. It is so nice to see the number of people that appreciate and love our cars! 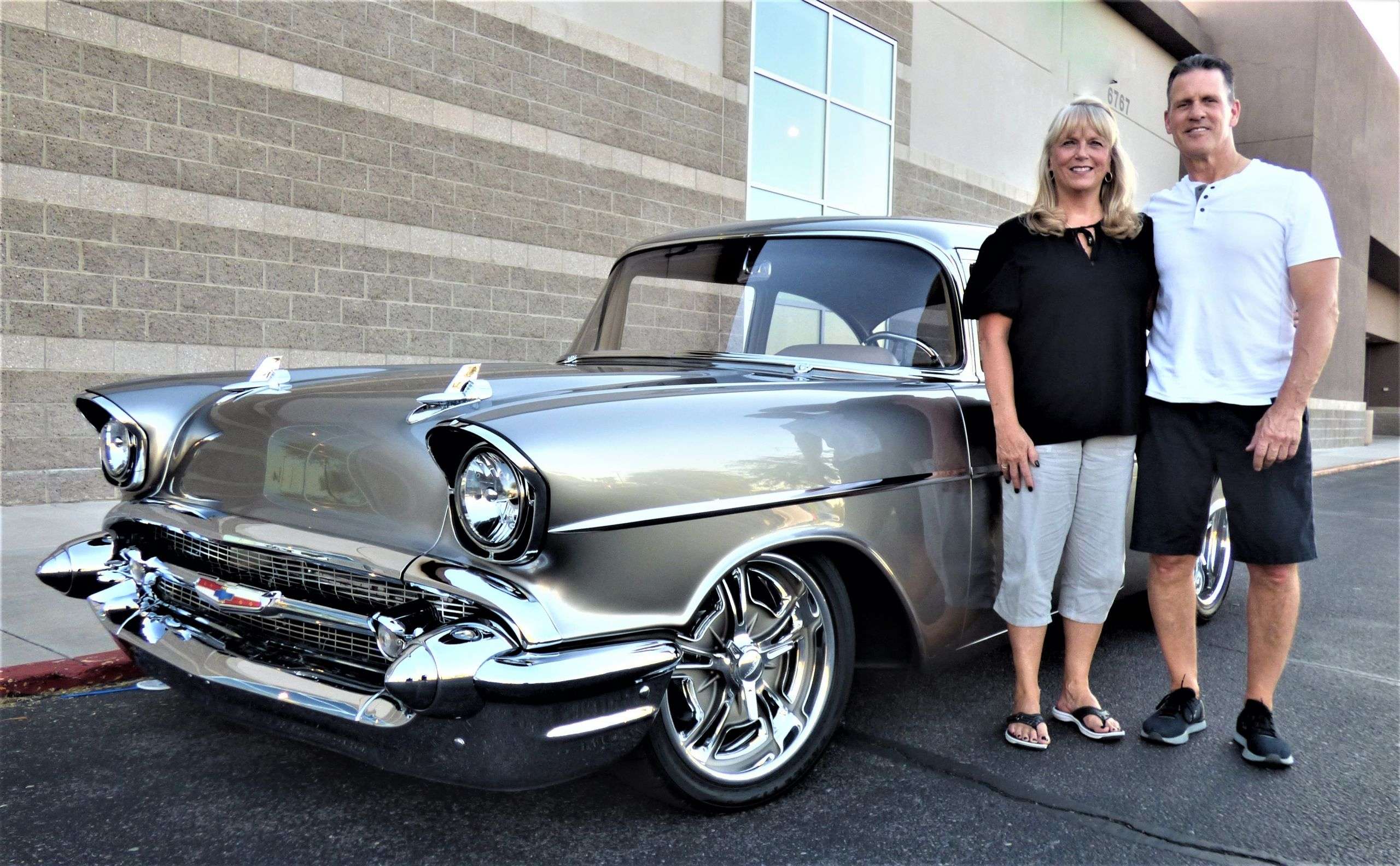