The old record was 189.2 miles per hour, Dan Lawson went 190.2 on September 12th 2021 to set a new Air- Cooled Utah Salt Flats Racing Assoc. (USFRA) Land Speed Record as part of the 35th “World of Speed” on the Bonneville Salt Flats in Utah. The team has held the Air-Cooled “Door Slammer” record for a few years, but this new 190.2 speed is the fastest of any Air-Cooled race car. 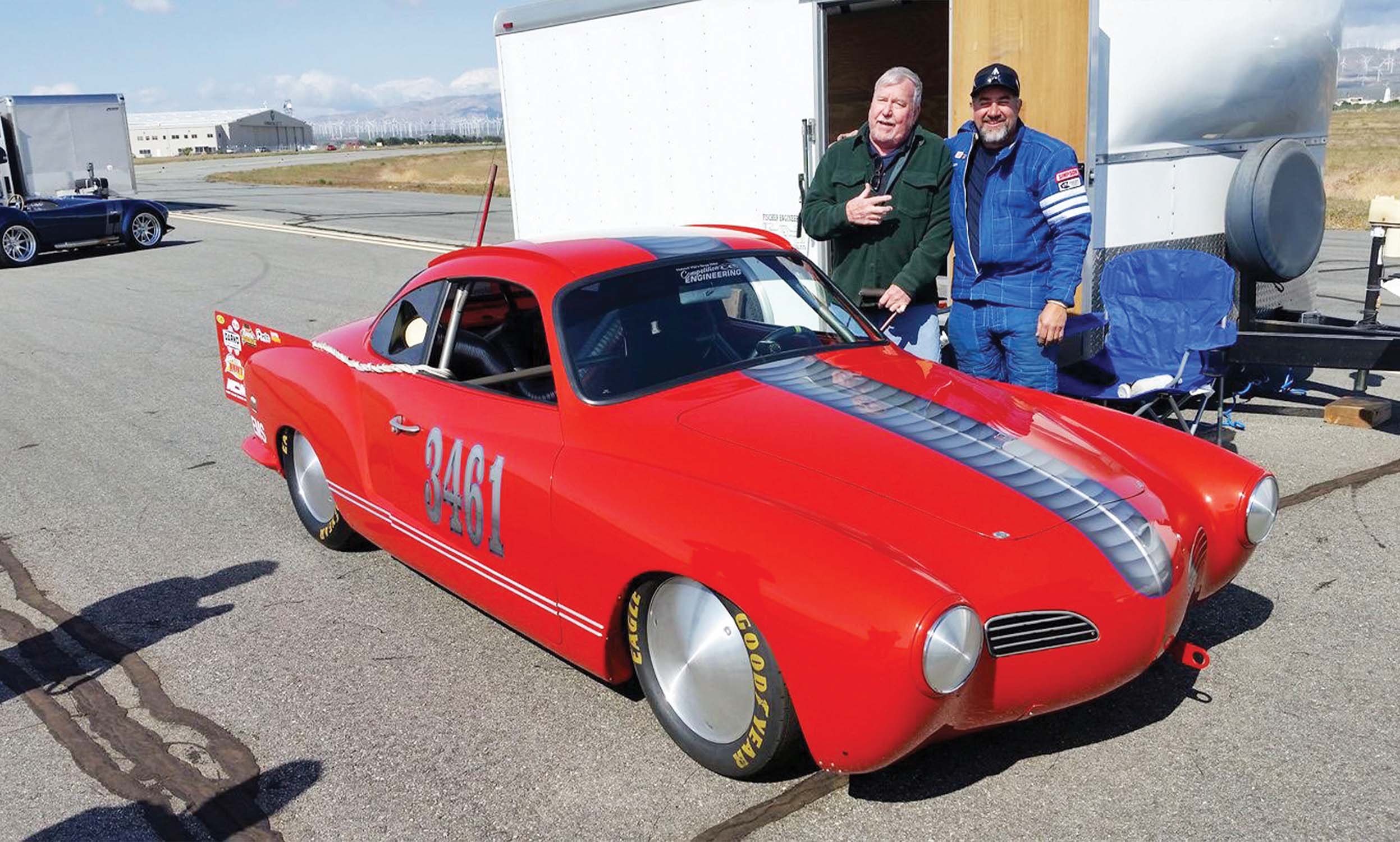 The previous record was held by a Dragster. The little 1966 Karmann Ghia is now a full blown race car, but it’s a real Karmann Ghia under the roll cage and safety equipment. It weighs 2400 pounds with driver. The 2840cc VW engine was machined by Mike Fischer and assembled at Competition Engineering by driver Dan Lawson. This engine is naturally aspirated and runs on methanol (alcohol) fuel. The fuel is delivered through an old-school Hillborn mechanical fuel injection system, that’s fired with a Hunt magneto. The transmission is a 5 speed Porsche manual trans. The stock suspension has been modified a bit and the car has four wheel disc brakes and a parachute. Owner Mike Fischer has lived in Tempe Arizona for over 45 years. He started playing with cars and racing as a teenager growing up in Texas. His passion for racing eventually led to opening Fischer Engineering in Southeast Phoenix. He had known Dan Lawson, who owns Competition Engineering also in Southeast Phoenix for many years and eventually Mike went to work for Dan, where he ran the engine/machine shop for 14 years. During Mike’s 40+ years of racing in a multitude of different types of racing, including Drag Racing, Off-Road Racing, Drag Boats and in the early 1980’s Mike was the engine builder on Mick Pappano’s Midget race car. In 1984 they won the prestigious Western States Midget Championship. The Midget racer was powered by a Mike Fischer built air-cooled VW engine. Mike has machined and built engines of every make, but the air-cooled VW engine became his speciality. Mike raced his own VW powered race cars throughout the 1990’s and early 2000’s, before stepping away and concentrating more on the engine building and engineering side. Driver Dan Lawson and Mike drag raced together in different classes for several years, always with Lawson or Fischer built engines. In 2001 Dan was Rookie of the Year in the Pro Racing Association (PRA) where he also won the Pro Mod Championship driving his highly modified and very fast 1962 VW Notchback. He finished top 3 in points multiple times. He also did Off-Road Racing including Short Course Racing. Dan and Mike have only been Land Speed Racing for 6-7 years. Dan opened his Competition Engineering (602-454-1555) business, now in Southeast Phoenix in 1989. The shop specializes in VW engine building, service, repairs, maintenance, vehicle prep for racing and basically anything mechanical for air- cooled VW’s. Mike and Dan both wanted to make sure that this article included mentions and SPECIAL THANKS to their all volunteer crew, starting with Mike’s adult son Rickie Fischer who is the official Crew Chief. Rickie has been involved with the building and maintenance on the car since day one. Brian Child is the electrical and technical and dive-in-there to repair guy. Bryon Pryde, owner of Pryde Metal Craft (602-799-7966) is the fabrication expert. Long time friend and former racer Bill Volgelsang owner of APD Power Center (480-838-7472) in Tempe came to Bonneville for the first time ever this year, as did Dan’s youngest son and college student Sam Lawson. Also special thanks to Dean Kirsten for all of the great photos that he takes. Mike and Dan said the team was fantastic and everyone worked together so well, they all had a great time! The next goal is to GO 200 miles per hour in their little air-cooled Karmann Ghia. 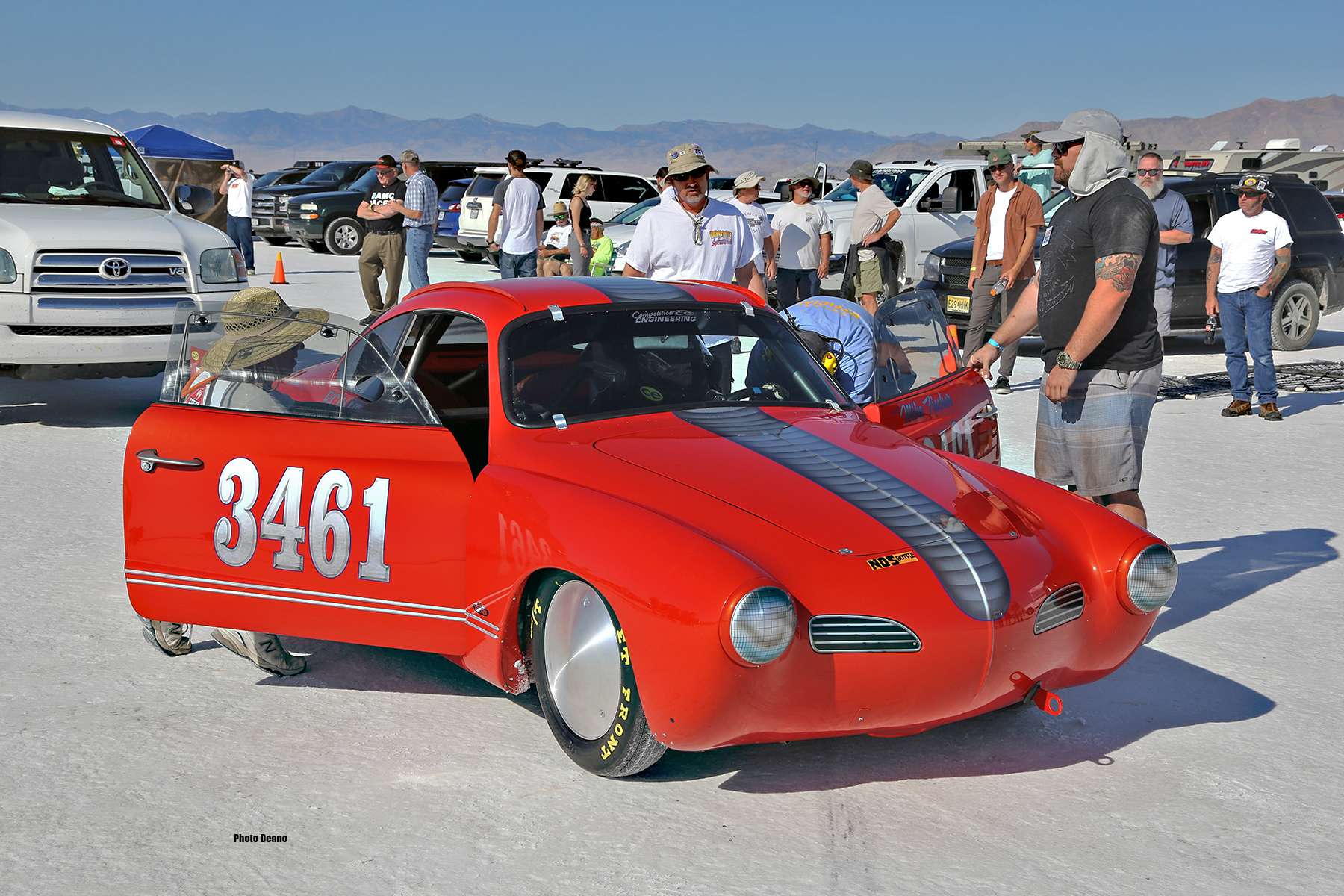 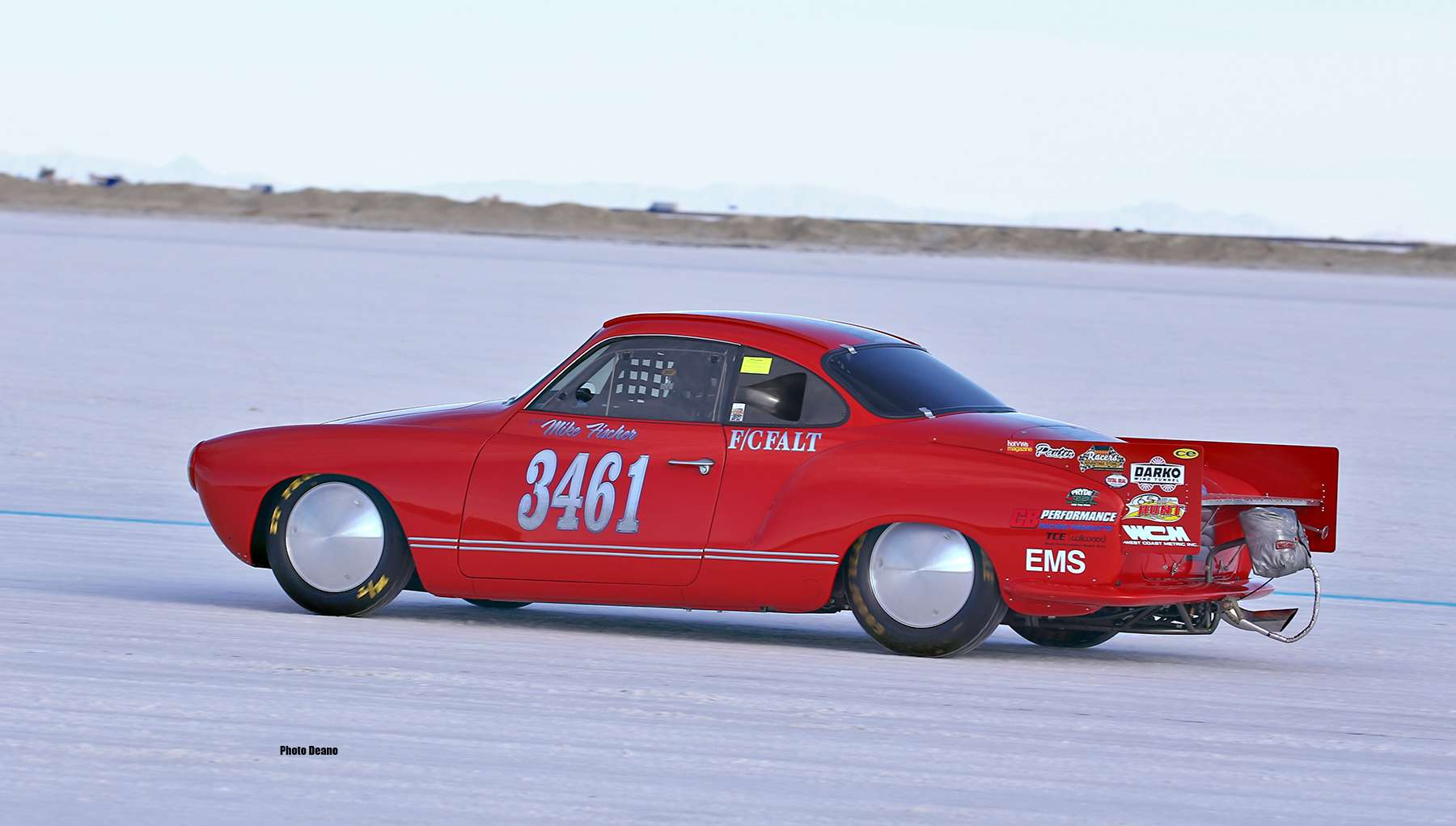 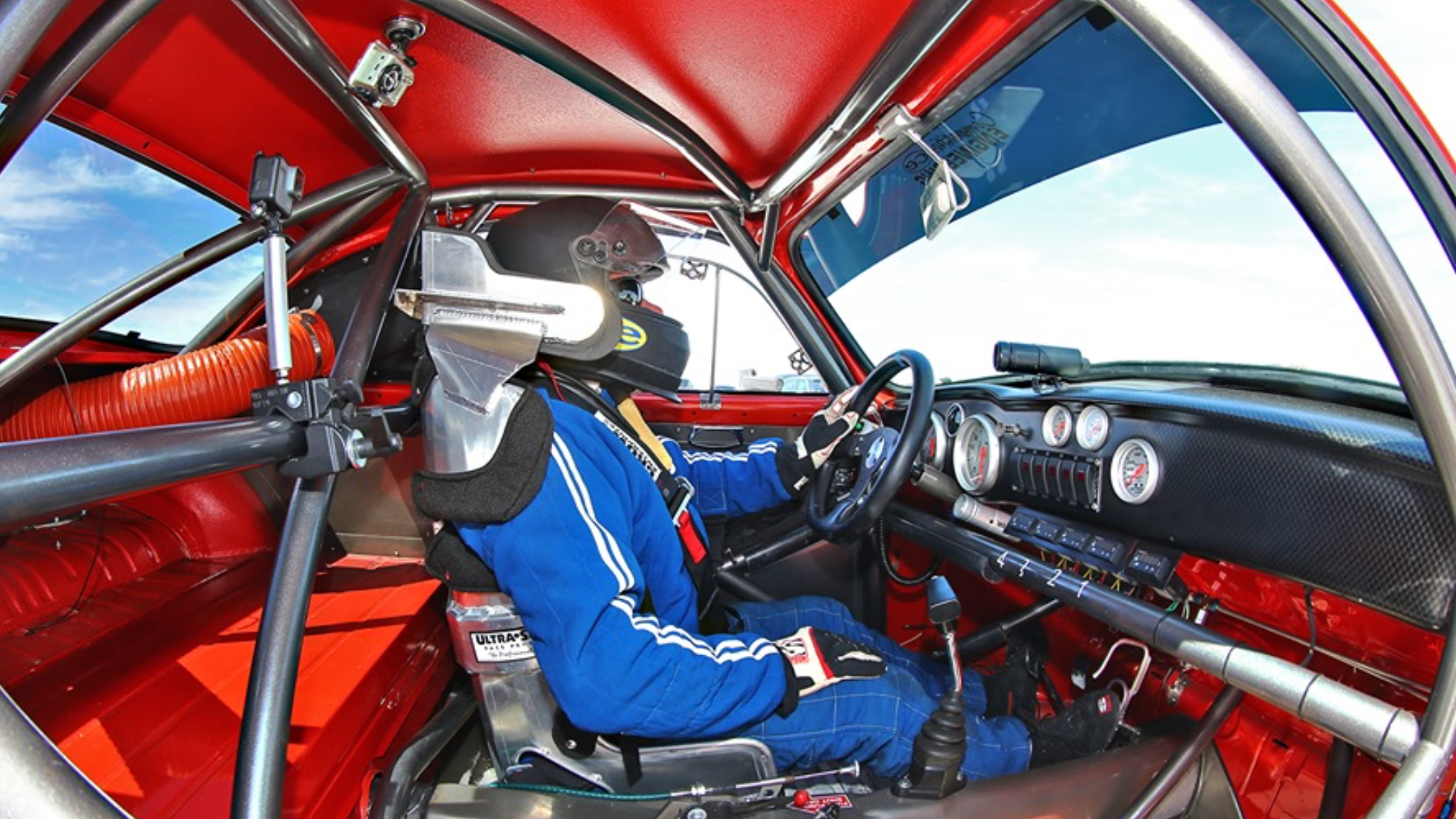 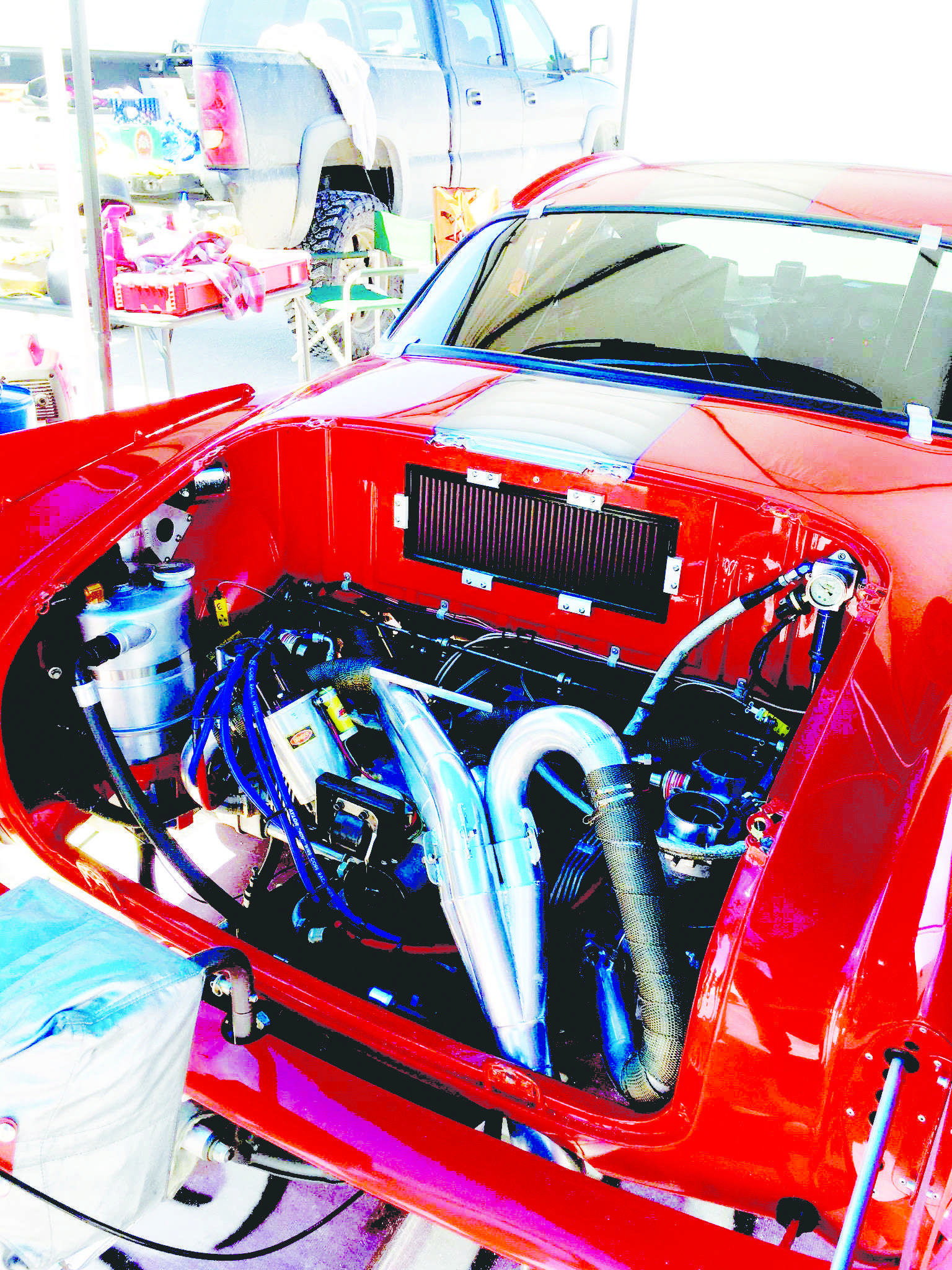 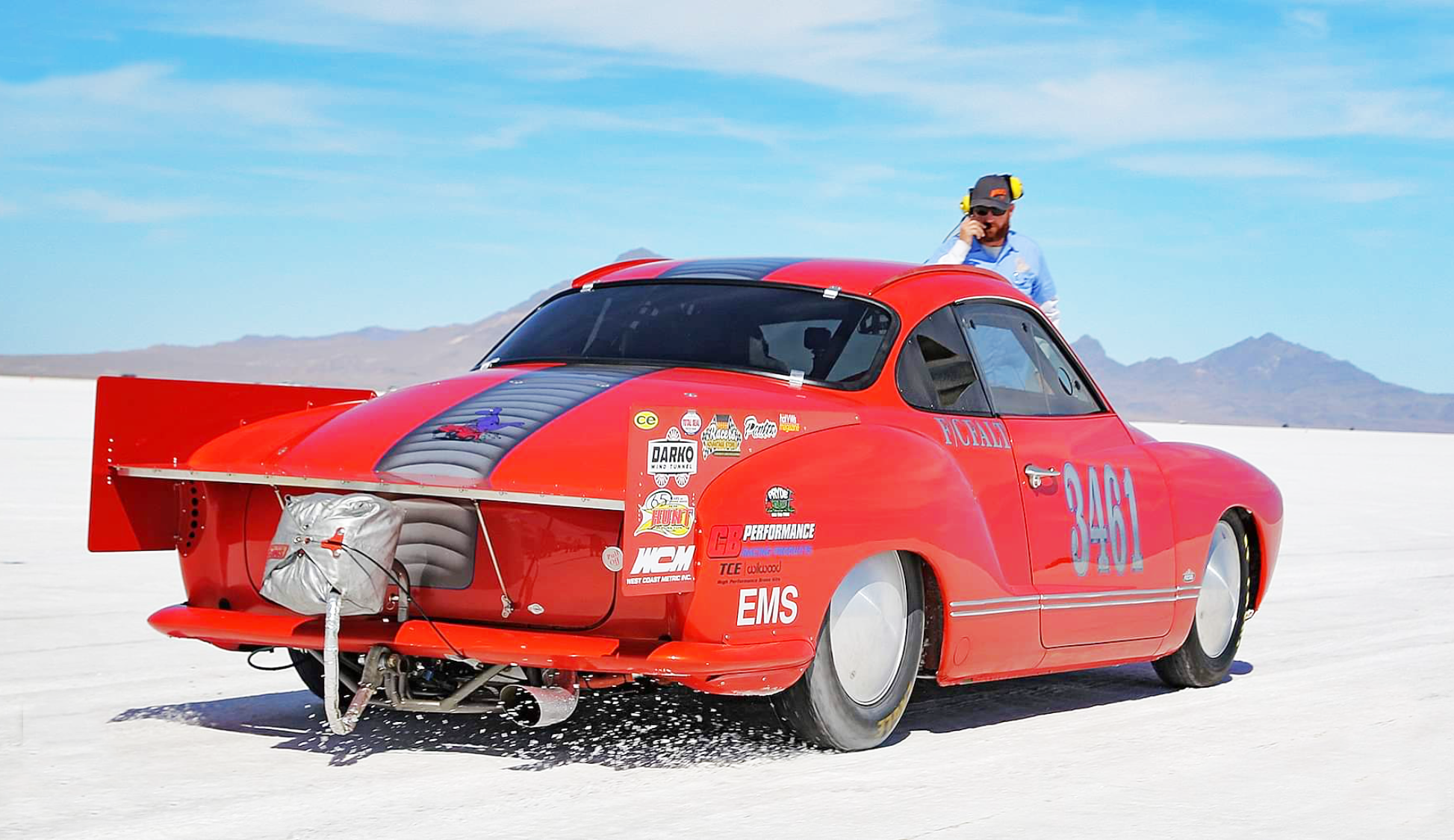 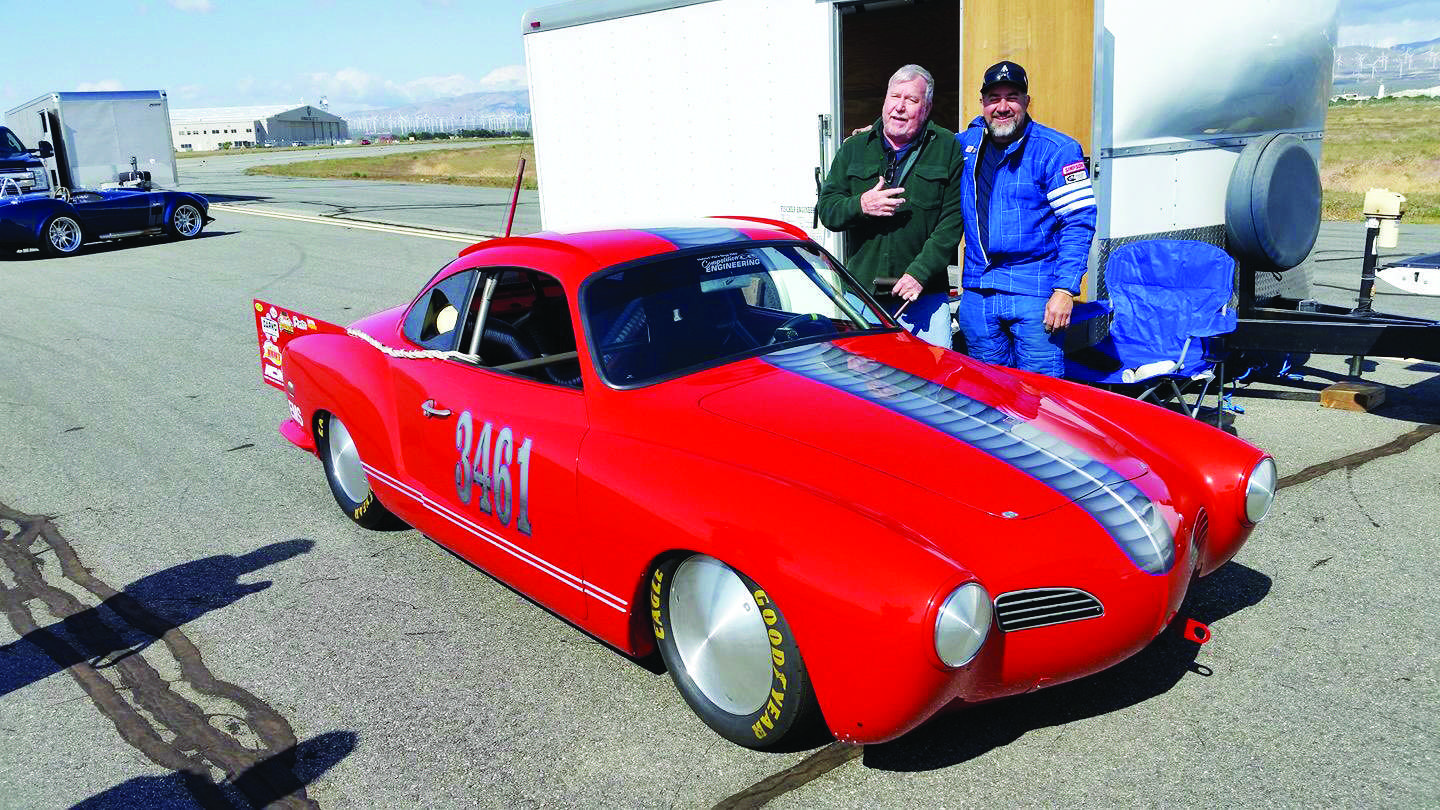 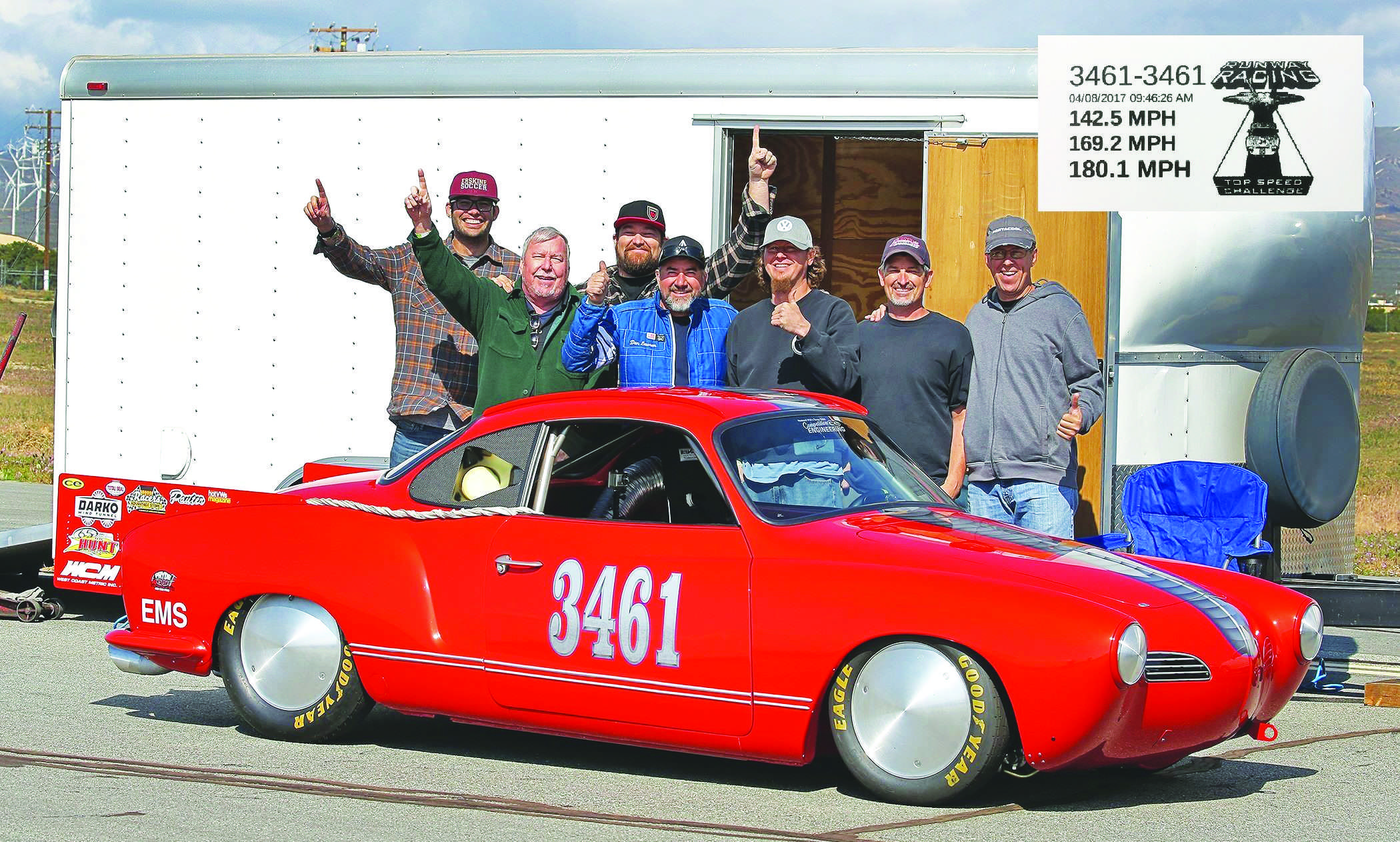