Stoney Stonebreaker owns these three incredible vehicles including a 1955 Chevy 2 Door Post, a 1946 Dodge COE Car Carrier and a 1985 Chevy Camaro Drag Car. At 83 years young, Stoney shows no signs of slowing down yet. 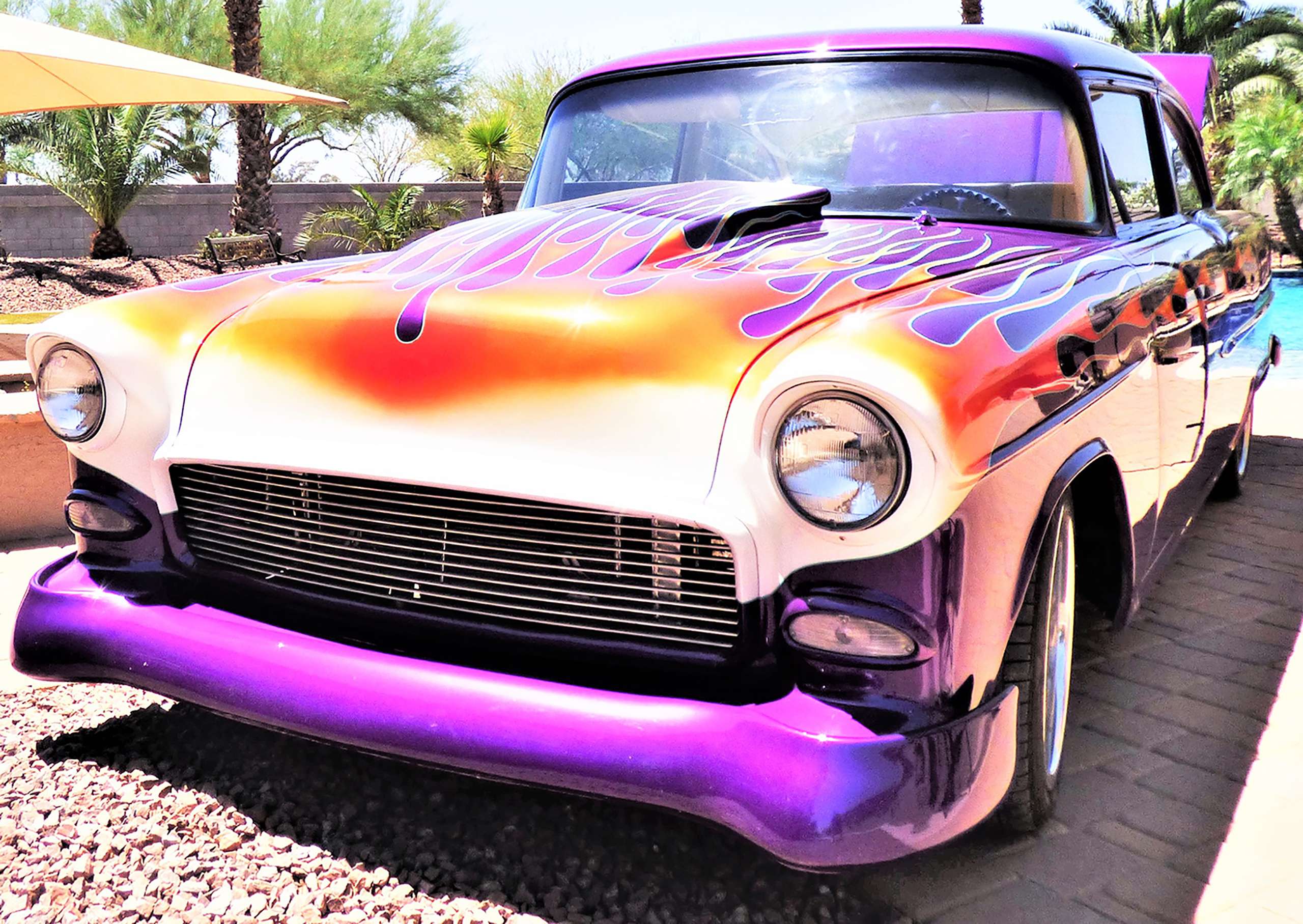 Chevy LT1 350 with a Procharger

The ‘55 Chevy has been built and enjoyed over 20 plus years by Stoney and Karen so far with new upgrades being added along the way. It is powered by a Chevy lt1 350 with a Procharger, and lots of chrome, a four link setup in the back, and adjustable coilovers up front, for that great stance. The body was shaved of door handles, then it was painted a House of Color Passion Purple, with Flames. The gas filler was placed behind an automatically opening tail light. Tinted glass and a fully custom interior.

The 1946 Dodge COE (cab over engine) is the most recent build. Stoney’s dreams of putting his race car on the back of the COE, began over ten years ago. So after taking 8 years of build time, it became a reality. Starting with just a shell of a truck, it gained a motorhome chassis, and a late model Vortec 454 Chevy, with a 4l80E transmission. While later, the 454 had to be moved behind the cab to make more leg room inside. The truck was built by Bob Smith, with Jim Healey helping fabricate the custom one off bed, with a roll out Tool Chest, and a ‘flip up’ Work Bench. Full air ride suspension, and custom four link rear, and custom built wats link setup. Paint was done by Jim Red. Custom exhaust work done by Rick Conrad.

The 1985 Camaro that rides aboard the COE is Stoney’s pride and joy, with a best time of 8.4 in the quarter mile. This Bad Camaro has a 434ci small block Chevy, pushing 740hp built by Steve Roehlk, and a powerglide transmission shifts it. Currently running in Pro Class in the Summit Series, ADRA in Phoenix and Tucson, also the SCSN in Vegas every year. Currently the car is running 9.2 at 148 mph. Stoney has been racing most of his life, back as far as Winning his Class, in a 1955 Chevy, at the 1957 Daytona Nationals. 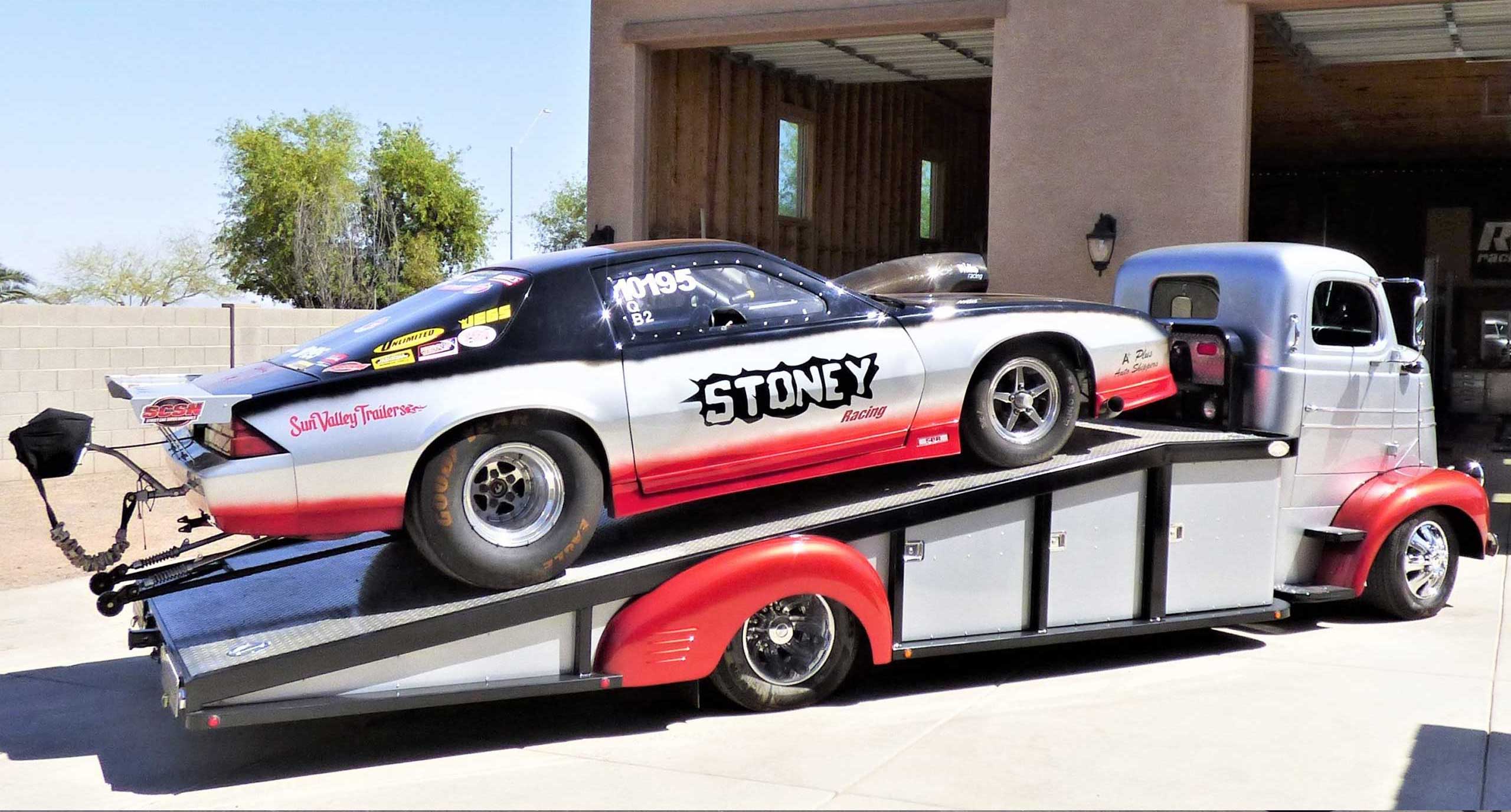 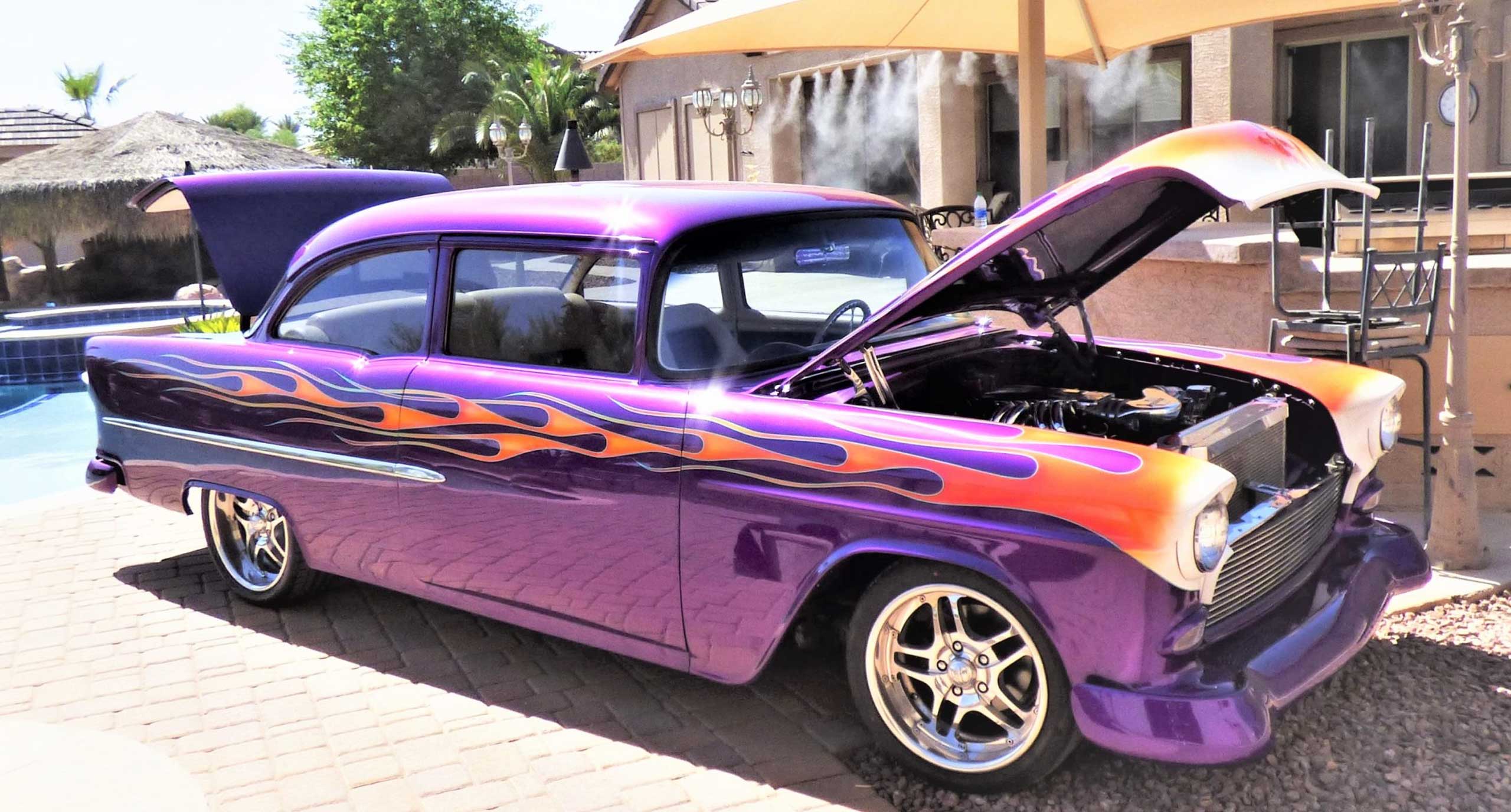